There is something magical about our zoo.

It doesn't have the most exotic animals. (Although we do have a mean prairie dog exhibit).

We have no elephants, giraffes or lions.

It doesn't have a fancy snack stand or a gigantic playset.

But there is something so beautiful about its simplicity, its history and the way the trees hug you as you wander through it.

We made our first visit of the year last weekend and it finally felt like spring. I didn't even care that it snowed two days later. 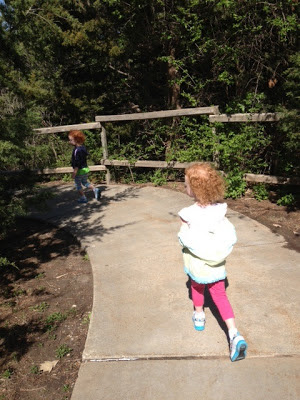 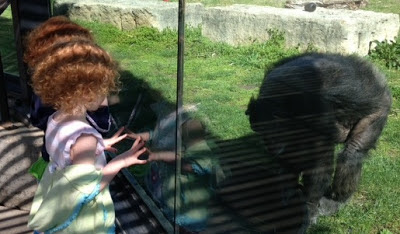 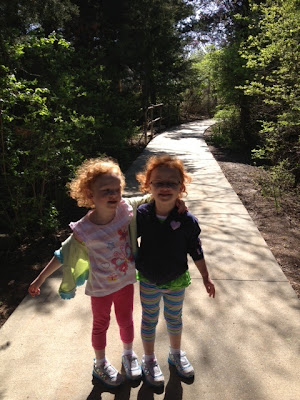 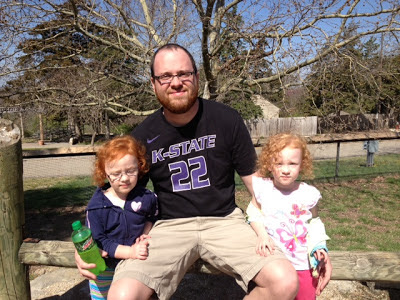 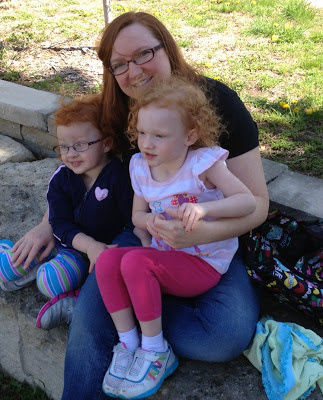 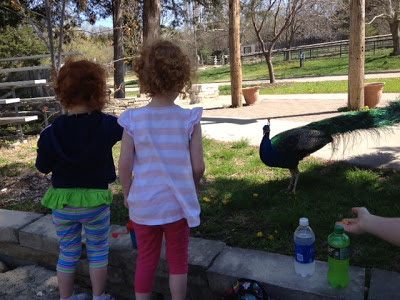 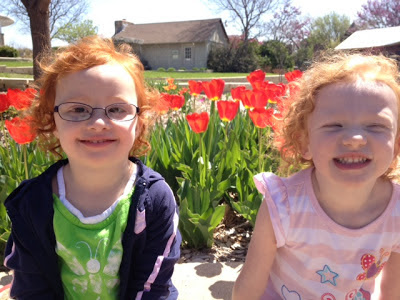 And, of course, this. 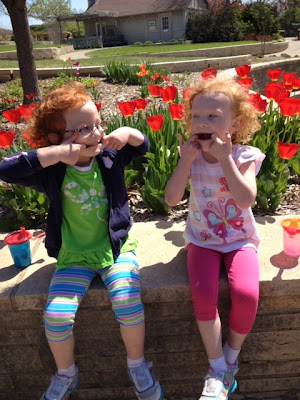 Some Days It's Just Not Worth the Fight

Girls, go stand next to each other so I can take a picture. 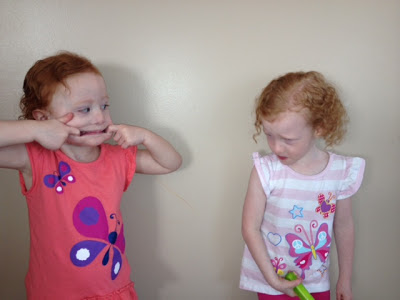 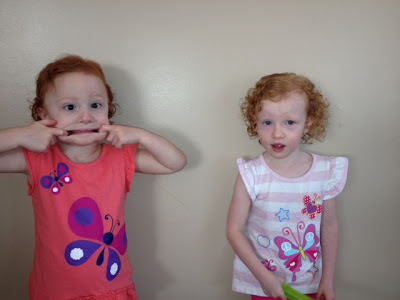 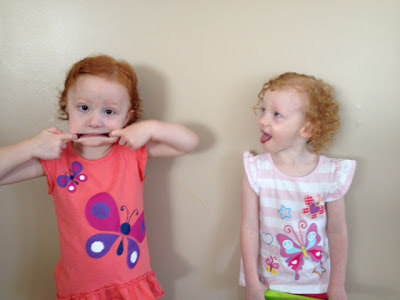 Ok, let's see your smiles! Show me those pearly whites! 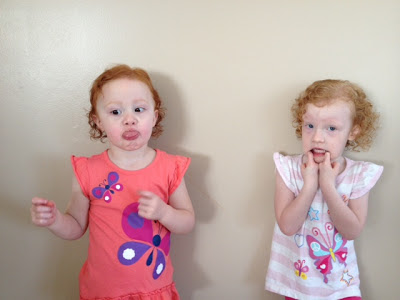 Good grief. I give up.

When Scott and I first started dating, a sweet friend of ours said she was a bit surprised by it because we were like "oil and water." And although Scott and I share some of the same interests and see the world in a similar way (our life motto is "don't be a d-bag."), our friend was so, so right.

I've mentioned before that Scott and I think very differently: 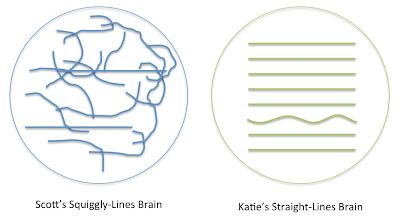 My brain is mostly very structured and organized, but every once in awhile, I do something spontaneous or creative. Scott's brain is mostly free and impulsive, but occasionally has moments of rigidity.

We've found a way to make it work in our relationship, but it looks like we may have passed on our natural tendencies. Nearly every time the girls use watercolors, this is the result: 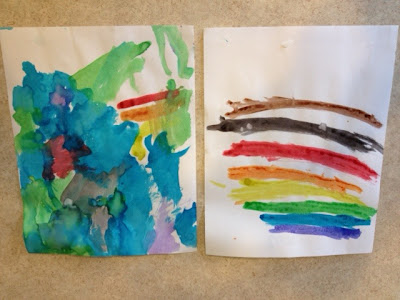 Grace's art is very neat and clean, rarely letting the colors touch, whereas Claire will spend the entire art session on one piece of paper -- letting her colors bleed together to form, what she calls, "the ocean."

That is interesting on its own. But where it really gets wacky is all of the other traits we have been noticing.

The most obvious is their looks. Other than my hair color, Claire looks strikingly like her father. And Grace is definitely my mini-me. We found a picture of me the other day when I was about their age and both girls said "That's Grace!" 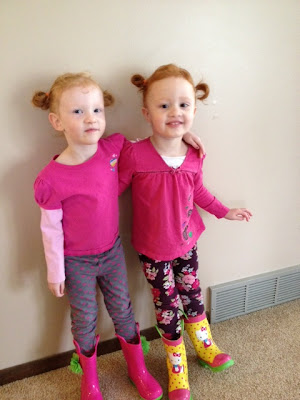 1. Claire LOVES dirt and sand more than life itself. Scott's mom recently told me that when he was a kid, who used to rank the local baseball fields by the quality of their dirt.

2. Grace prefers water over milk (as I do) and Claire and Scott like white milk so much that whenever we buy milk, we get four gallons at a time. Milk never goes bad in our house. Unless it's in a sippy cup that lays forgotten.

3. Scott's been called a know-it-all from time to time and Claire is following in his footsteps. During a recent trip to the zoo:
Cute little kid that we didn't know: Look, Mom, there's a monkey!
Claire: That's not a monkey. That's a chimp.
Scott: *beaming with pride*

4. Grace hates, hates, hates getting in trouble. Most of the time the fear alone (even just a stern look) will keep her from doing something she isn't supposed to, but when she does step out of line and I look at her and tell her "Grace, I'm very disappointed in you." Her lip trembles, her eyes fill with tears and her heart breaks with the thought of disappointing me. I've always been that kid who is terrified of disappointing. In fact, I still am sometimes.

5. The strengths of Scott's brain (memory, critical thinker) mirror Claire's strengths. Claire can remember entire books and "read" them back to you, and the kid never stops asking why. Whereas, Grace's strengths (problem-solving, practical thinker) mirror mine. She likes to fix things, can dress herself from head-to-toe and has known how to work an iPhone for about two years now.


I love how different we all are. It can create some fierce disagreements, but we're also learning from each other and growing into well-rounded people (hopefully). If you know the adage about oil and water,  you know they don't mix. I think we may be the exception.
Posted by Katie at 9:02 PM 1 comments