As you know, Claire found my blog a while back, and I’ll find her reading it every now and again, digging into her early childhood antics. Grace knew the blog existed, but was more indifferent to it. Until a month or so ago. We were arguing about previous Halloween costumes and used the blog to settle the dispute. We read a couple more entries and then she spent the next few hours soaking it all up. I opened the door to their room one night and she looked up from the computer, sighed a heavy sigh, smiled and said, “Mom, I LOVE your blog.”


Not gonna lie — the tears sprung to my eyes and a little lump formed in my throat. When I first started writing, it was equal parts wanting to share our lives with friends/family and wanting a record of all the little memories I knew I would forget. And now, 10 years later, I am so grateful I wrote it all down. 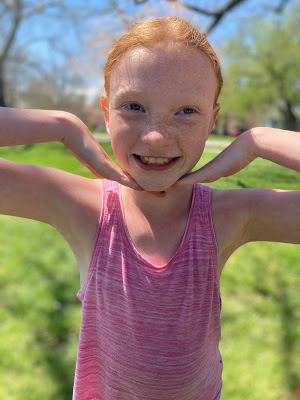 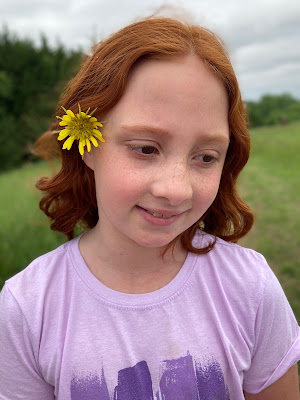 And now I’m feeling a revived motivation to start writing again. One of my biggest regrets these past five years is the lack of posts. So many amazing stories that I never jotted down. So much has transpired in life that we’ll forget in the next decade. Of course, I also have compassion for myself. Life is hard. And busy. And sometimes you just want to escape into bad television instead of recapping how your four-year-old son ran around outside in his birthday suit. 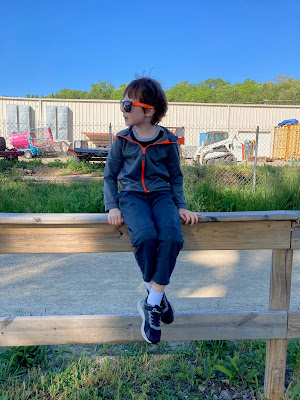 So, we’ll give it another go. With the girls’ rally cries for more blogs and watching how much joy it’s bringing to their older selves, I’m giving it another go. Their 20-year-old selves will be grateful. Probably.
Posted by Katie at 2:19 PM 0 comments

Five years ago today, I was sitting on the back patio eating peanut butter and chocolate ice cream. I was 9 million months pregnant, had just visited the OB earlier in the day and was feeling quite uncomfortable. Except for that ice cream. It hit the spot.


Later that evening, Henry made his grand entrance into the world.


At the time, it had been five years since I had an infant, but I wasn’t too worried because we had already climbed this mountain before, times two. And this time, I was going to have two eager five-year-old helpers. How hard could this really be?


If you’ve been following the blog/our lives for a while, you know exactly how hard. 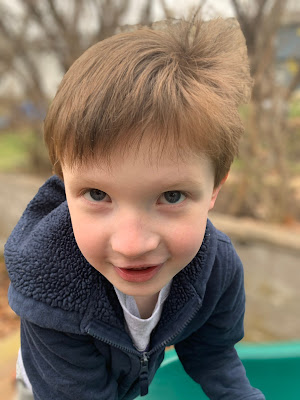 Henry lives life at full-speed. He wakes up early and full of energy. He spends his days (and many of his nights) squeezing out every last drop. He loves hard and without restraint. He feels the full range of emotions at their extremes. When he’s joyful, you can feel it warming up your insides just from being near him. When he’s sad, your heart breaks alongside his tender feelings. When he’s in a comedic mood, you’ll find yourself laughing out loud, too. And when he’s angry, it’s best to clear the room until the storm passes. 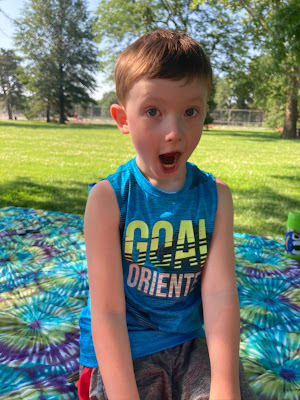 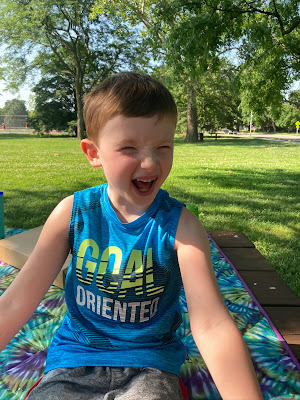 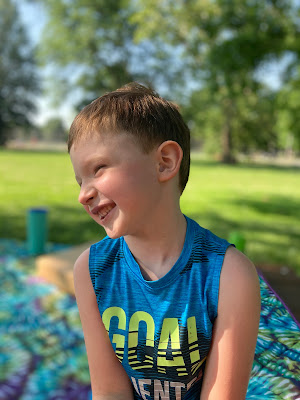 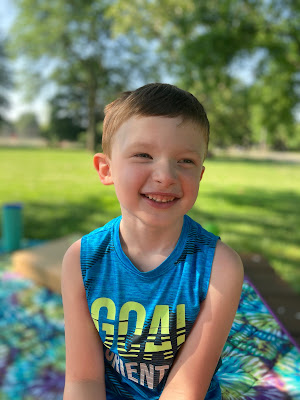 To put it mildly, I wasn’t quite expecting such a full-steam-ahead approach to life. My experience until that point was with the girls who were more go-with-the-flow. They had their fair share of tantrums and obstinance, but I could eventually bend them to my will. Henry’s less interested in bending. To anyone. Ever. 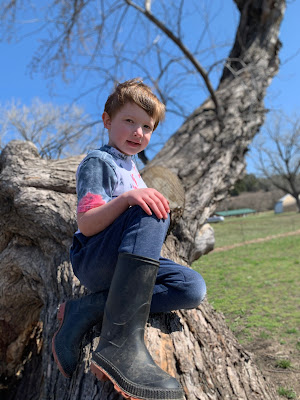 That’s not completely true. At preschool, he was a delight. He listened, corrected his behavior when necessary and loved all his friends fiercely. So, basically, he is capable of being civilized. My neighbors may be surprised by that as he often gets the mail in just his underwear. And the newspaper in his underwear. And will stop to chat with them as they walk by … in his underwear. You win some, you lose some. 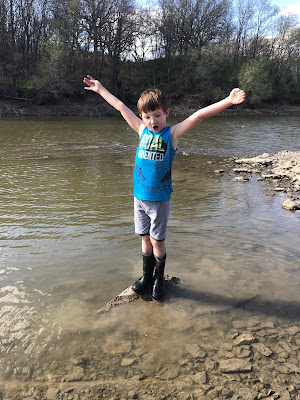 The other day I was talking to my mom on the phone, and Henry was starting to push the limits of my patience. I sighed loudly and said, “This child is my greatest challenge.” She laughed because she had one of those, too. 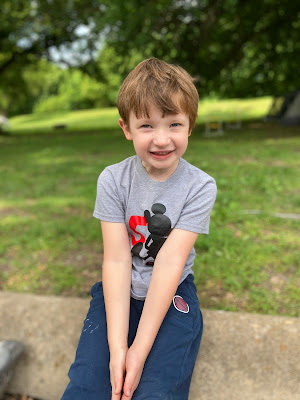 He still loves his sisters to the moon and back. He loves them so much, he wants to be just like them. He wants to play what they’re playing, eat what they’re eating, talk like they’re talking (I’ll apologize now to his kindergarten teacher for all the “buttheads.”) Some days, they get along famously. Some days, they fight like arch enemies. Most days, there’s some of both. I was always worried about having a boy so many years after twin girls. I was worried he’d get left out of their sister/twin relationship. But so far, they have managed this tricycle pretty nicely. 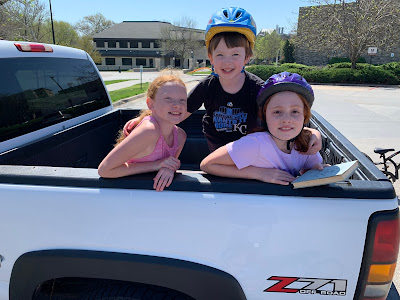 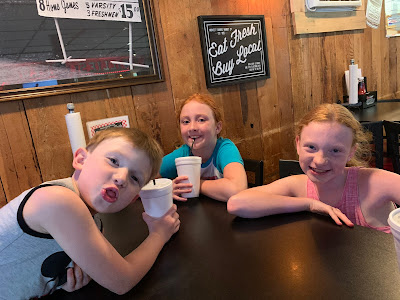 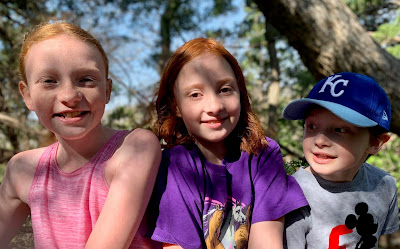 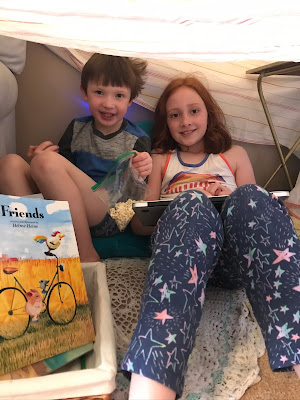 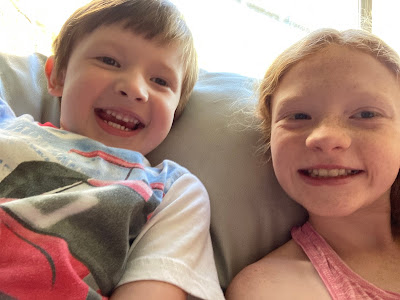 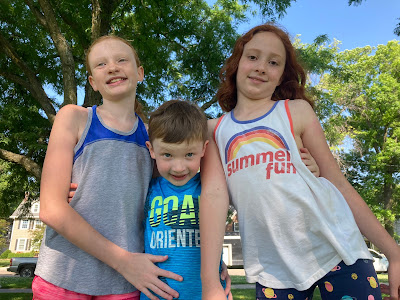 Henry and Scott still have a great bond. They both LOVE cars and will look through Henry’s collection again and again. He can identify almost all makes on the road and Scott’s working on teaching him the models. Scott puts him to bed each night, and they have a sweet routine that’s usually full of Henry giggles. 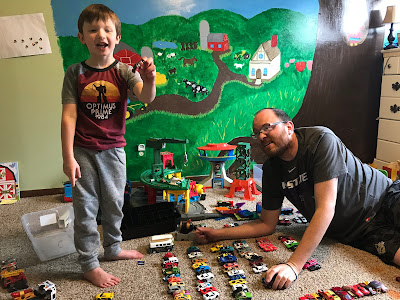 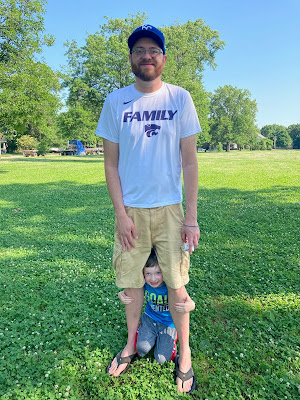 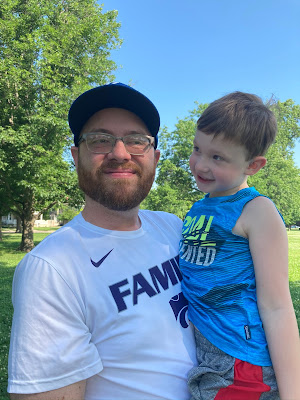 And Bubs and I? We’re still like PB&J. Sweet and sticky and stuck together forever. He has started calling me “boo-boo,” which is just about the cutest thing ever. He still loves to snuggle in the mornings, although he doesn’t do it quite as often as he used to. We have our moments, of course. Moments where the words “boo-boo” aren’t uttered, and instead he’ll yell something like “You’re not my family anymore!!” Moments where his anger is so big, it comes spilling out of him. Moments where he hits and kicks. But like waves on the rocks, I just try to stay steady and consistent and smooth out his sharp edges. 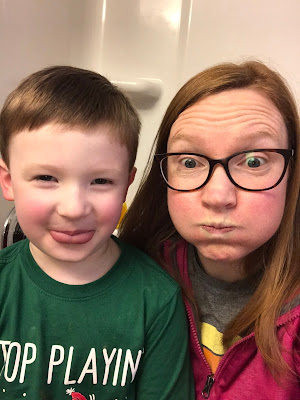 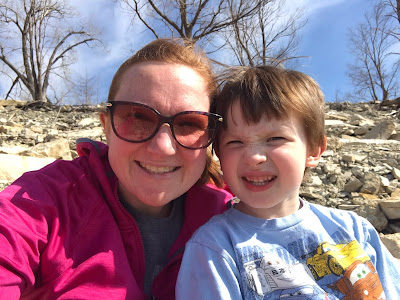 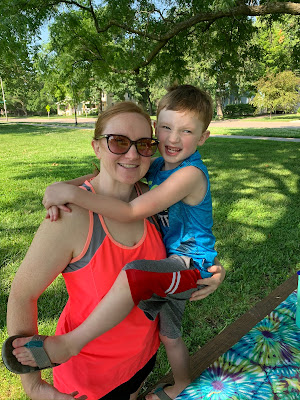 Some days the challenge of raising a strong-willed kid feels overwhelming and I doubt my ability to handle him saying “no” even one more time. But if you’re lucky enough to have a kid like Henry, you know that he not only challenges your sanity and your calm, he stretches you. He stretches your patience so it’s bigger and more consistent. He stretches your compassion and empathy. He stretches your creativity and problem-solving. He stretches your ideas of parenthood and what it means to be a good one. And most importantly, he stretches your capacity for love. Just when you thought you couldn’t possibly love anymore than you do, he grabs your hand and says, “Come on, boo-boo. Let’s go play together.”


Happy 5th birthday, Henry-doodle. I hope it’s been as spectacular as you are. 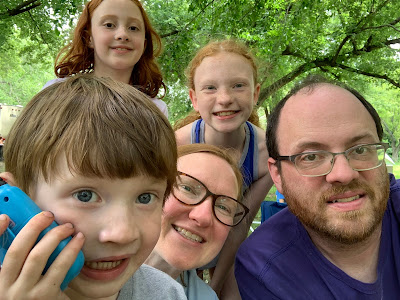