Hey its me again I know i've been posting a lot but here is a post about me and graces first job. We knew we had wanted to do babysitting for a while we just never got around to doing it but finally we got the courage to design our own posters. So after that we posted it on Facebook and got a couple of bites but never ones that actually came through, after a while of waiting we finally got a offer from the UU church to watch the little ones in the nursery if there happen to be little ones there that day. We just had our first day last Sunday and it was a little boring because there were no kids but on days that there are kids its gonna be really fun. Here are what our posters look like 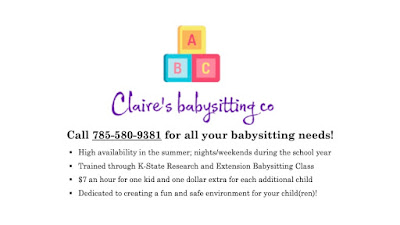 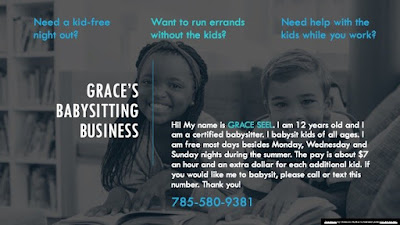 I love, love, love our kittens there, like our babies, our pride and joy, but sometimes they can be a bit of a handful, like today I came upstairs, and the kittens were sitting on the counter -even though they know they are not supposed to be- with the most innocent look on their faces. I walked over to the counter and there was shredded tissues all over the counter. sometimes they'll do small things like my kitten (Sparky) got on the rim of the toilet and fell in, or when Grace's kitten (Asher) falls over when he's tired, or when Henry's cat (Crookshanks) jumped from the upstairs landing through the bars and landed on the downstairs landing. here are some adorable kitten pictures: 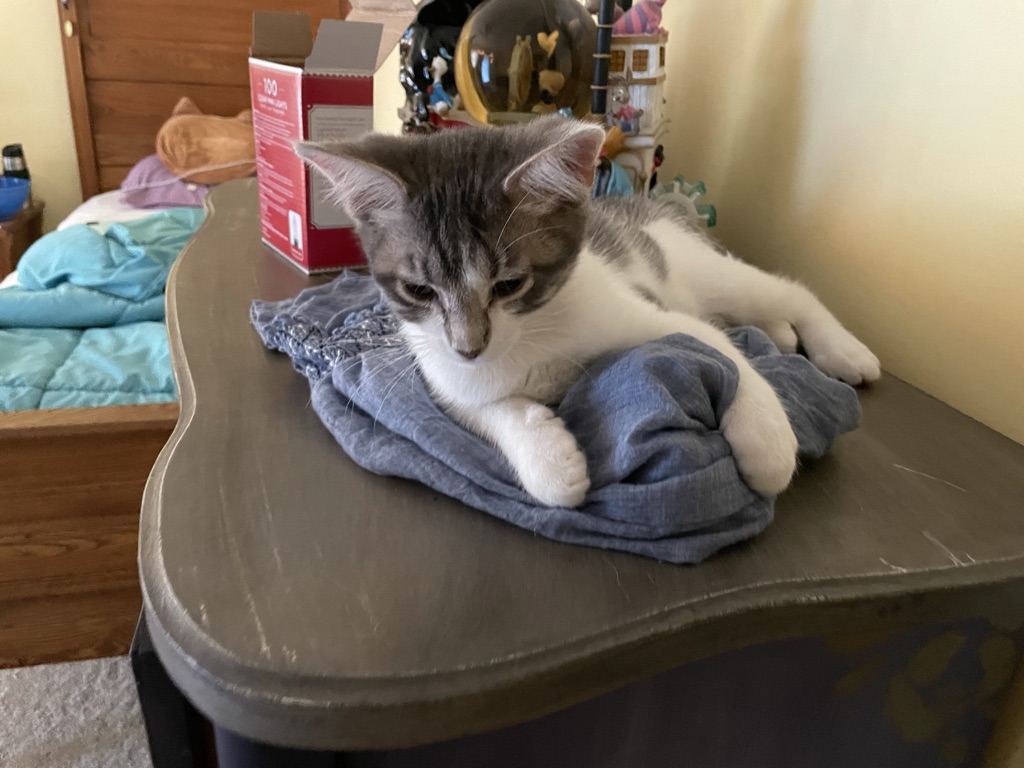 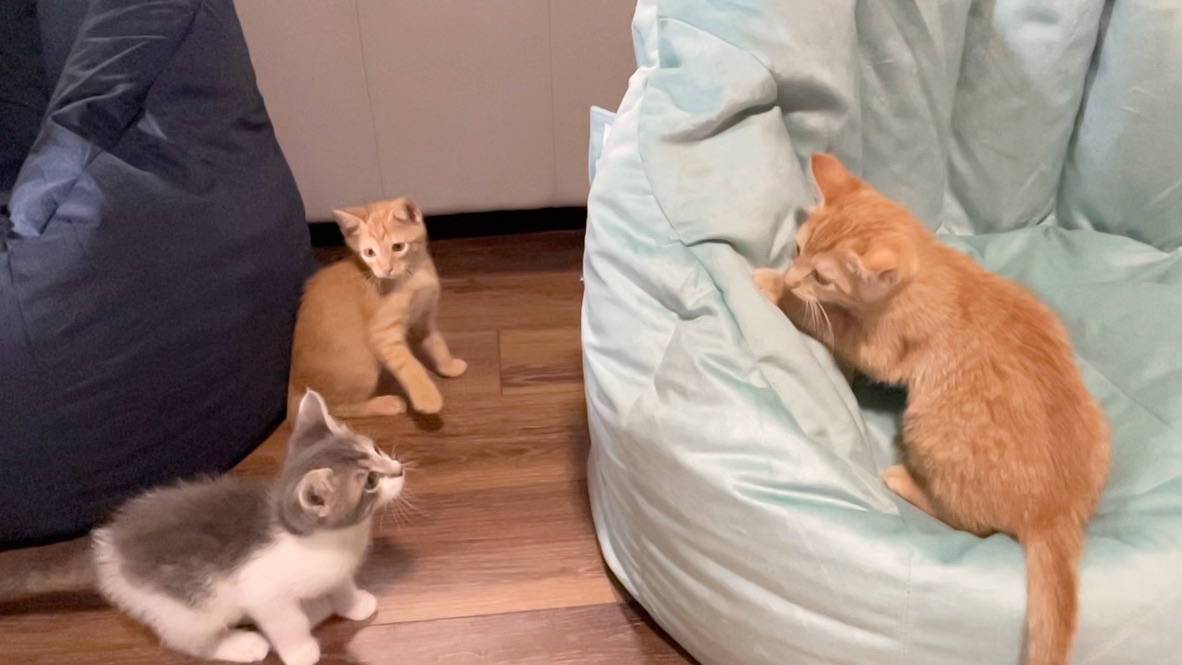 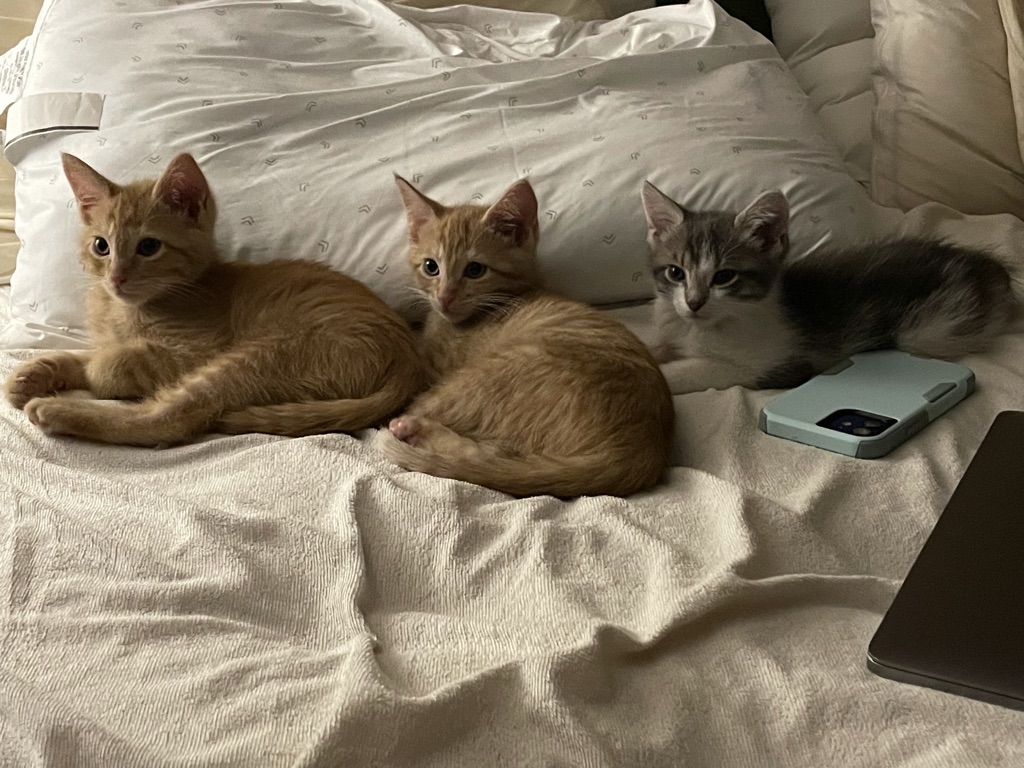 You Gotta Be Kitten Me

I love dogs more than anything in the entire world, but Mom hates dogs so I thought I could change her mind by writing a two page essay on why I deserve to get a dog. after I finished reading my essay to them with a finished picture slide show as well mom started crying. She said she loved it but then told me all the reasons why I couldn't get a dog. she asked me if a kitten would " scratch my itch" of getting a pet and I told her that it would be like a mosquito bite you can itch it and will help a little but never fix it all the way. 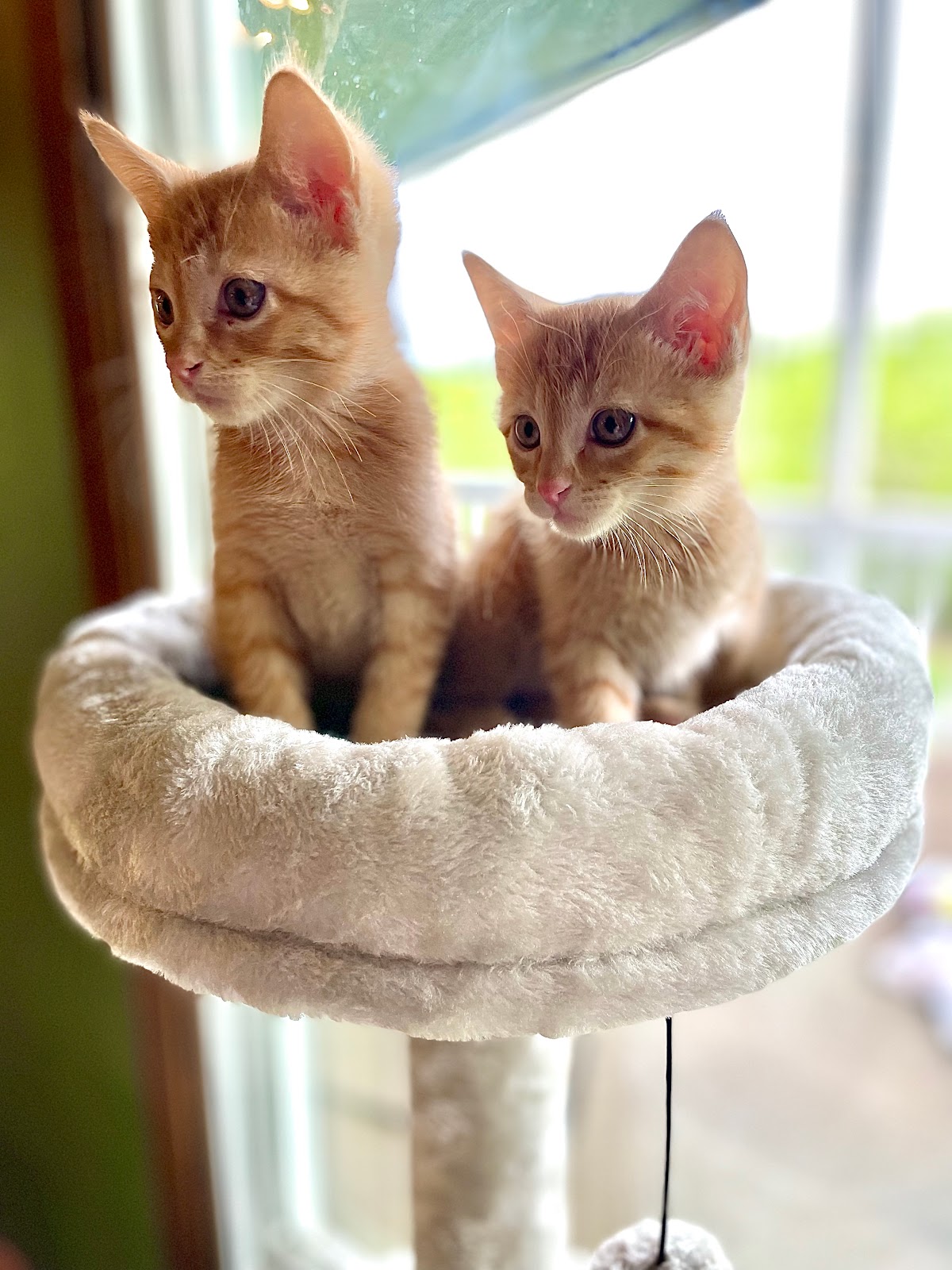 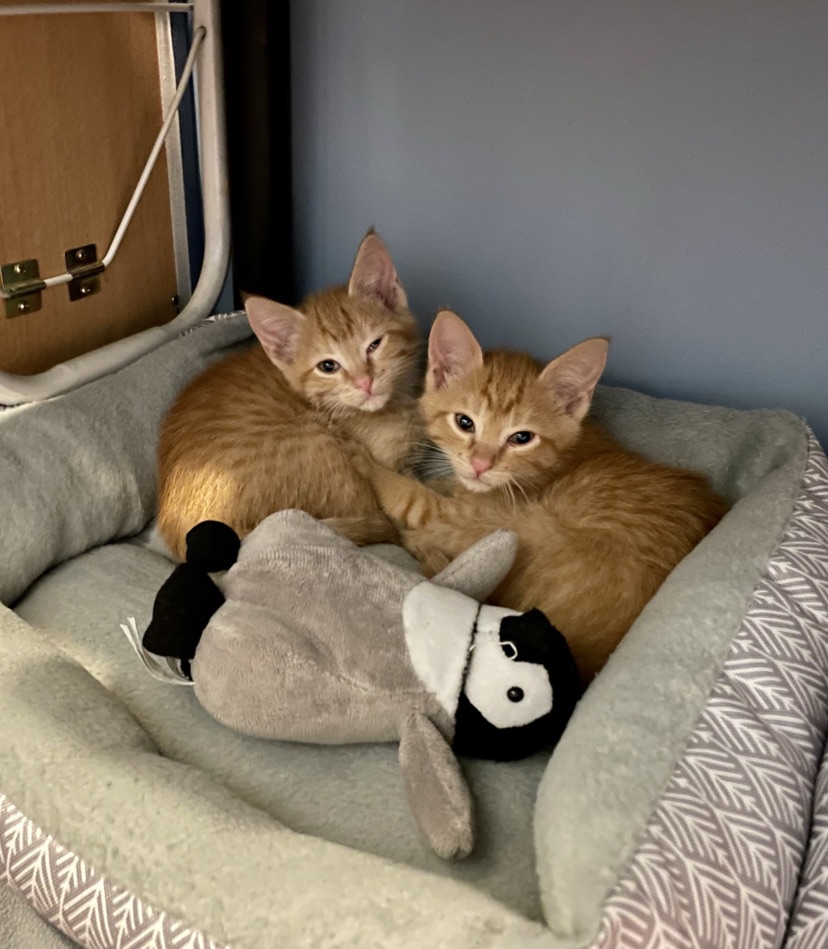 After that she told me to look on FaceBook to see if I could find any kittens, I found some kittens but they were all longhaired Maine Coone kittens and mom didn't like long haired animals so I looked on the animal shelters website and I found a litter of four kittens Eenie, Meeine, Miney, and Mo. Grace fell in love with Miney as soon as she saw him,  the runt of the litter, and mom said that she would think about it! that was the closest we've ever got to a pet of our own.

after school the next day I looked on the website again and it showed maybe six orange kittens fitting our criteria. when I showed them to mom she told me  "I will die without those kittens" I had never seen her be so excited about any animal that i had offered her so she called the shelter and asked if those kittens were ready and the lady on the phone said we could come look at them and just like that, we were getting in the car and heading for the shelter. when we walked into the cat room I knew that this was the right cat for me so Mom called Dad and Henry to come meet us at the shelter to see if Henry liked the other orange kitten, but before he got there another family walked in they had a little boy so i started talking to mom [a little louder than what was needed] "Mommy I want this one" and grace worked on the other orange kitten and just then the little boy told his mom 'I want the orange one" but his mom got what we were laying down and left. 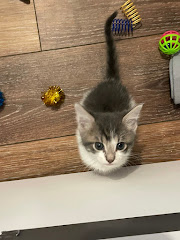 when we finished the application the lady told us the kittens would either be ready by Wednesday or Thursday. On Wednesday we were at Joanns buying fabric for me to make blankets and mom called I had just brought my hopes down that we were not getting kittens today and then she called and told us that the animal shelter didn't call us, she had to call them, so Mom and Henry brought the cat carrier and we got to get our two orange kittens, but grace was still wanting Miney from a different litter but we had just learned that Miney wasn't going to be ready for another week because she was still in a foster home. so in conclusion Grace had to watch us play with our kittens before she got hers. keep watching for more kittens updates.