I bought the kiddos’ costumes weeks ago. Grace knew immediately she wanted to be a queen — the one thing she desires most is to rule over all of us. Claire’s first wish was to be a white tiger, but after I told her that would take some DIY strategies, she decided my ideas wouldn’t look enough like a real white tiger. So, she switched to an orange one and we purchased some sweet tiger footie pajamas. And knowing Henry and how much he loves Thomas the Train, I asked him, “Do you want to be Thomas for Halloween?” He agreed and I went about purchasing all the costumes. I then patted myself on the back for being so on top of things (that rarely happens) and went about life knowing that the question of Halloween costumes was answered.

Is that foreshadowing I smell?

So, for the past few weeks when Henry was asked by people what he was going to be for Halloween, he’d say time and time again, “a witch!” I’d laugh and say, “Henry, don’t you remember? You’re going as Thomas.” He’d remember and I’d chuckle at his foolishness.

Then Sunday rolled around. We were donning our costumes for the trick-or-treating event at the zoo. Grace as a queen. Claire as a tiger. Henry as Thomas. Scratch that. The Thomas costume rubbed against his chin and OHMYGODTAKEITOFFWHATISTHISGODFORSAKENDEATHCONTRAPTION. Triple scratch it. Replace with: Henry as a Toddler Who Refuses to Wear His Costume Because It Feels Weird.

So, on Monday (three days before Halloween), he and I walked the barren wasteland that is the Halloween section at Target. A cow? A monkey? A car? A dog? A taco? No. No. No. No. No.

Quite exasperated I said, “Well, Henry, then what are you going to be for Halloween?!?”

He turned to me and said matter-of-factly, “A witch!”

A witch. Of course.

So, I went home, dug out a black cape, an old witch hat, a wand from our stash of wands and voila! Henry the Witch.

And I patted myself on the back again for being a flexible and understanding Mom, who was able to put together a second costume quickly (and for no money!).

As Wednesday rolled around, I had a brainstorm. He can still go as a witch, but I can have a little fun, too — and he won’t even be the wiser. I mean, did you see all that back-patting? I deserved a little fun!

So, I present to you: Henry Potter. Of if you ask Henry, a witch!

Meanwhile, back on the ranch, Grace flitted about, ordering us to do this and do that while I told her I’d take her in for questioning if she didn’t shape up. Claire was SUPER excited to be the first marsupial tiger (her baby tigers could be found snuggled in the pockets of her costume). And despite a major meltdown on Sunday involving the fact that her costume was a touch too big, she rolled with it on Halloween night. And Scott and I were able to execute on the costume we created last year — Special Agents Fox Mulder and Dana Scully of the X-Files. 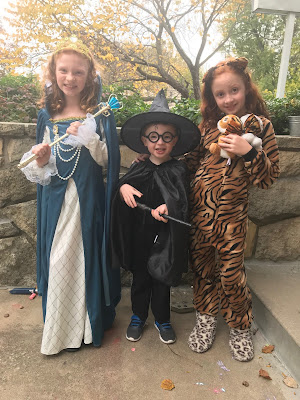 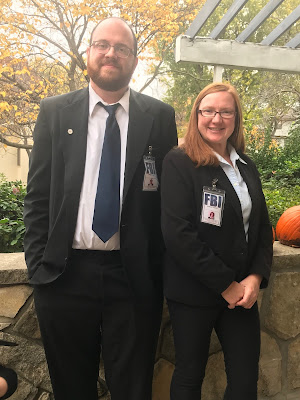 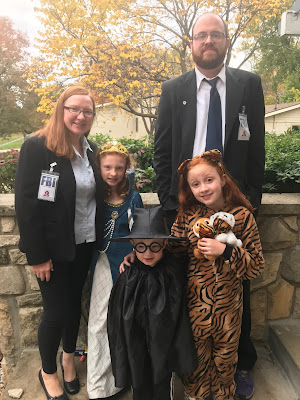 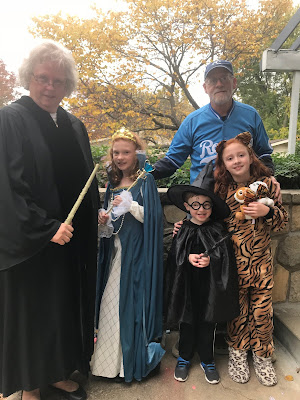 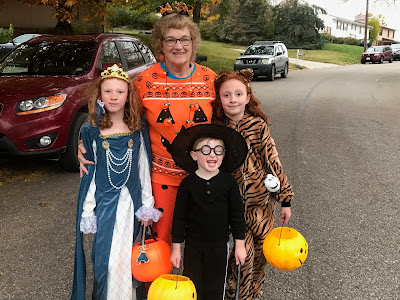 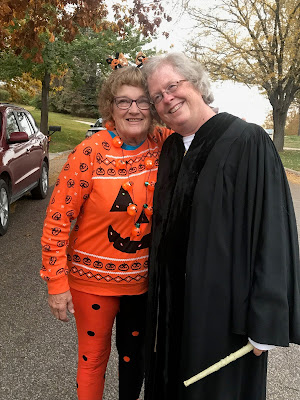 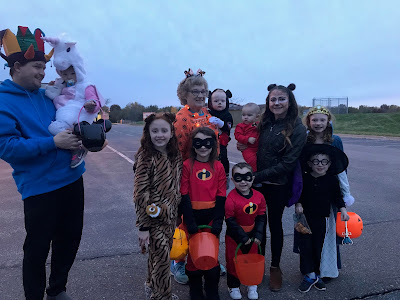 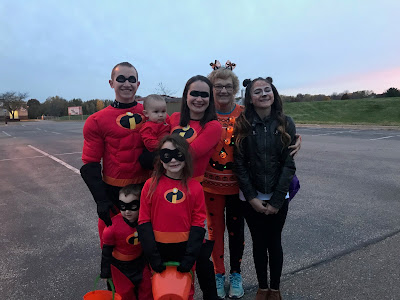 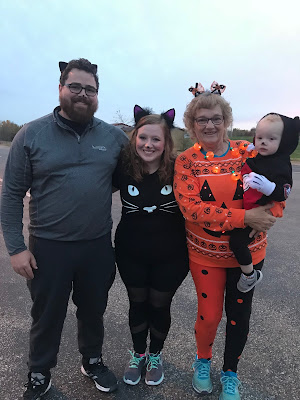 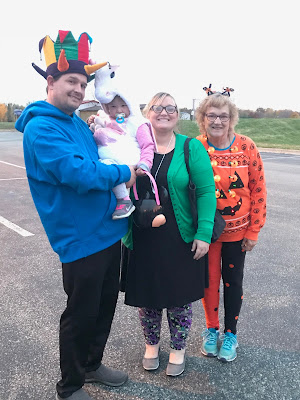 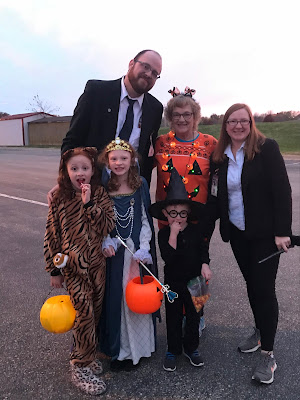 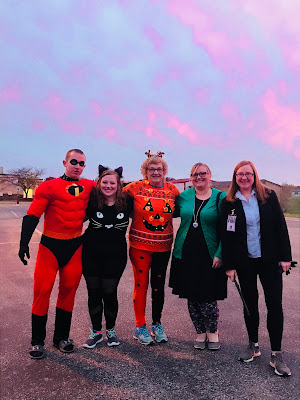 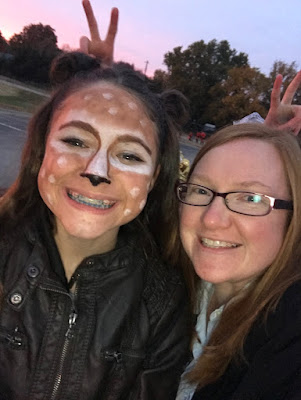 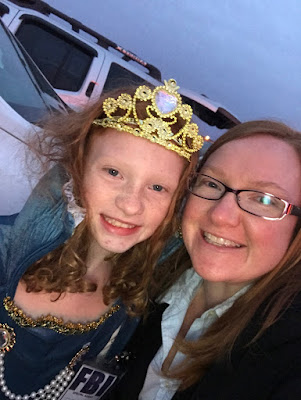 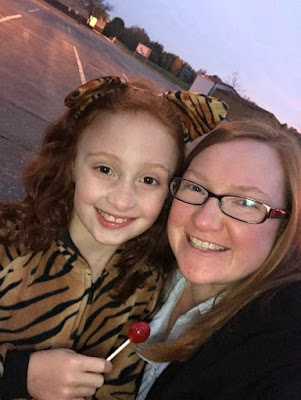 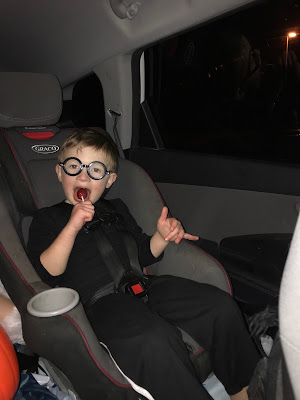 Finally, we were able to celebrate the night with nearly all of our loved ones. Scott’s parents drove over to go trick-or-treating and my mom and siblings were able to coordinate schedules and lives to be together tonight, too. We were missing my Dad, who could always be found on Halloween night lurking about in the background, eating out of someone’s candy bucket, laughing that joyful laugh and giving advice to whomever he thought needed it. I finished off the evening with a Snickers in honor of him. 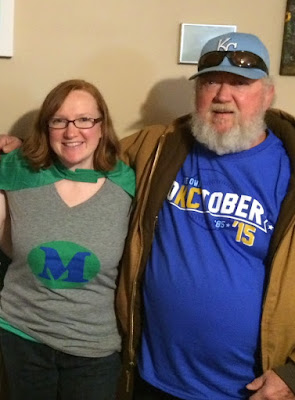