Ugh, guys, it’s happening already and I’m woefully unprepared. I probably would be unprepared at any age, but second grade seems entirely too early for mean girls. This isn’t the first time that anyone’s ever been mean to Grace. It’s happened several times — once right in front of me (that kid got one heck of a mom-stare). But it is the first time it came from a “friend,” someone she really likes. 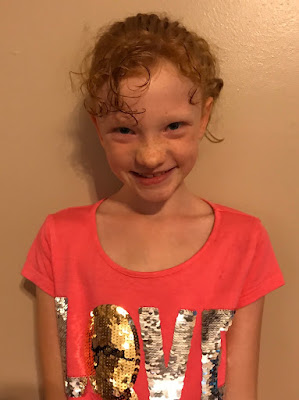 So, Grace is normally pretty talkative. Talks my ear off about all kinds of things. But lately I’ve been noticing some things she’s keeping tucked under.

Out of the blue the other day, I asked her what the best and worst parts of her day were. The best was something like lunch, but the worst, well, the worst just knifed me in the heart. She told me that at recess she was walking with her “friend” to the swings and the friend turned to her and said “Stop following me!” And Grace, feeling the sting of rejection, stuttered for a moment and said “I’m not following you, I’m going to the monkey bars.” I gently prodded for additional insight into the details and her emotions. She then spilled several other similar experiences where this “friend” made her feel unworthy. Grace asked to sit by her at lunch and the girl “allowed” her to sit across from her because the seats next to her were saved for other friends. She waited to walk inside with her “friend” and the friend said snottily “why are you waiting for me??”

I knew if I pushed too hard, she’d get defensive of the girl. So I didn’t say all the things that were swimming in my head and dying to burst out of my mouth. I sat back and listened, asking a thing here or there. And then I dropped a couple of seeds about what true friendship means.

Today, she mentioned again about how this “friend” said something about how Grace couldn’t possibly be reading as fast as she was — laughing at her in front of other classmates. Reading is not one of Grace’s strong skills, so there was another layer of pain wrapped in that taunt.

And I’m just sitting here with a lump in my throat and my heart feeling like it’s tied in knots. Objectively, I know there is a silver lining to surviving mean girls (or boys). Her empathy for others will deepen, her definition of true friendship will develop and she’ll have a story to tell her son or daughter when they come home with tears of their own. I know all of this in my head. But my heart — my heart hurts. I have no idea how many times a day Grace feels unworthy — like she isn’t good enough to be this girl’s friend. I know I’m only getting bits and pieces of what she’s feeling, because rejection is hard enough to live through, let alone recount in detail.

I just wish I could protect her from it all, ya know?
Posted by Katie at 8:16 PM

While being a subsitute teacher I noticed that young girls, (first and second grade) are really mean. I was so shocked on what they would say and how they treated each other. I was thankful to have boys. I can only suggest that maybe you should encourage her to make different friends if this friend continues to treat her in ways that make her feeling less then good. Just make sure she knows how friends should treat each other maybe a sleep over with other girls in her class so she can get to know them. I know leaving the other girl out can sound mean but keep it low key not like a party just a Saturday hanging out. Good luck Love you katie and Grace Suzette