We have had so much fun rolling around in the snow this weekend (which turned into an extended weekend with the snow/cold day on Tuesday).

I’m a “horrible” mom and make my kids layer and layer and layer before they layer more, so it took quite a bit of convincing to get Grace out the door on Saturday. “But mom, I hate getting dressed!!!” I had to use some combination of bribery and threats, but I made sure she added some awesome snow memories to her already happy childhood. YOU’RE FREAKING WELCOME, child.

Claire and Henry needed no convincing — they’d been begging to play in the snow all morning. 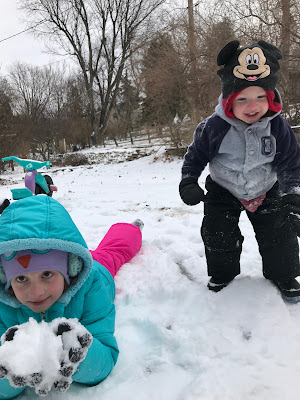 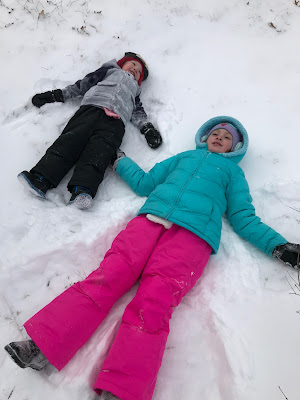 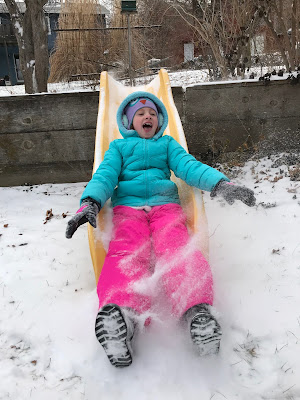 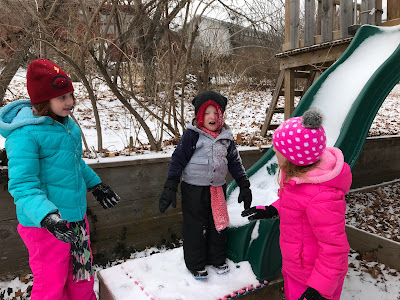 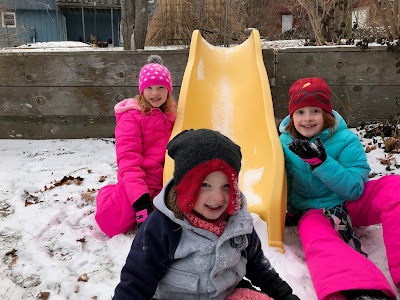 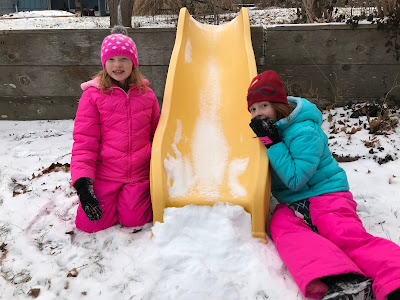 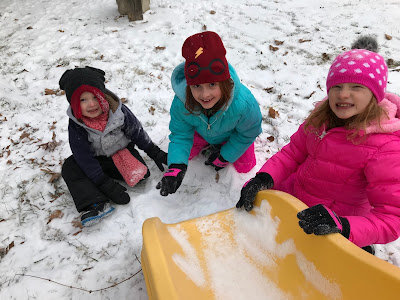 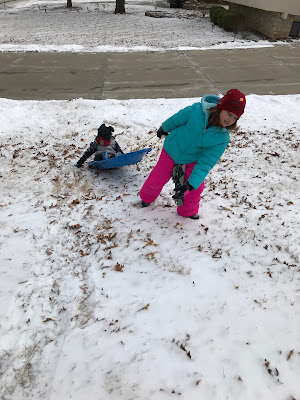 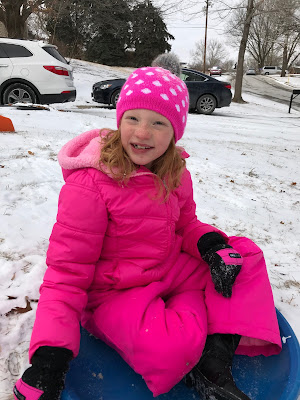 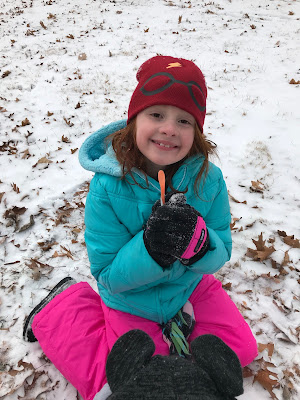 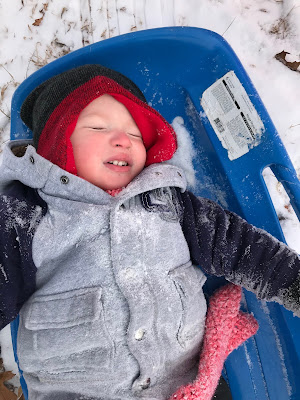 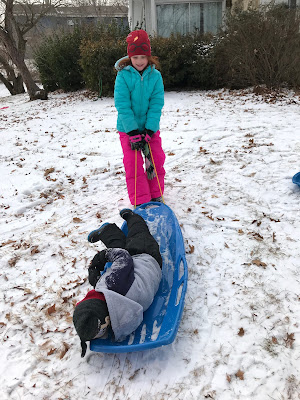 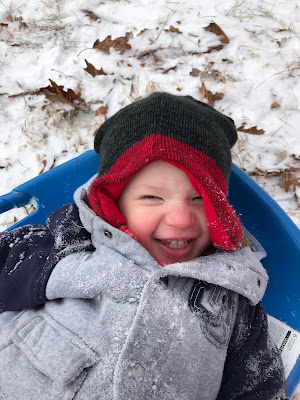 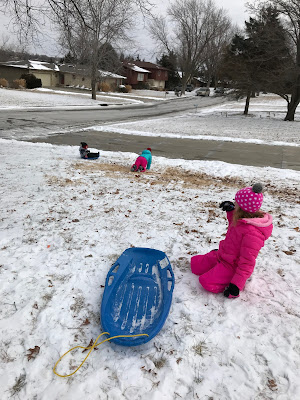 Saturday we just played at home - sledding and making snow angels and eating so much snow. But Sunday, we kicked it up a notch and headed for the “big hill” at a nearby park.

We all had a blast. There were thrills and spills and two head injuries (one of which was Scott), but mostly just a snowy good time. 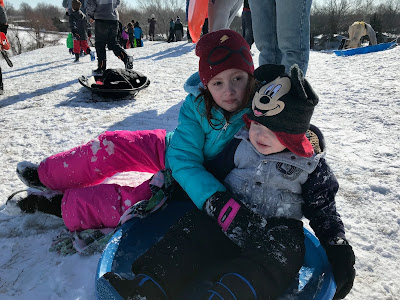 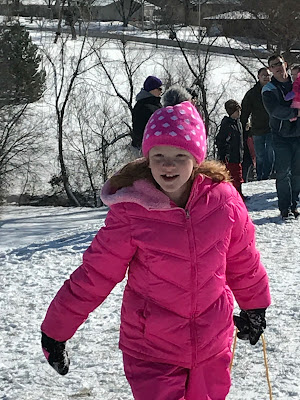 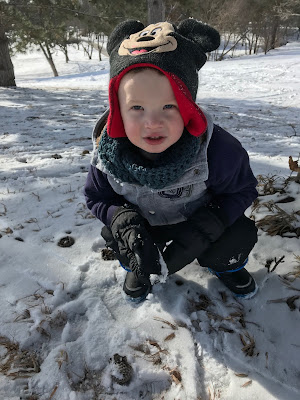 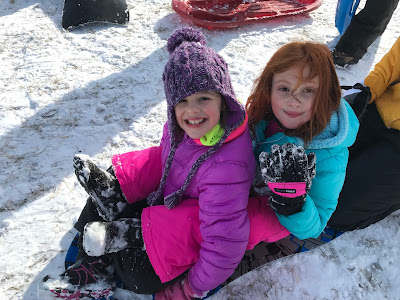