Today was a good day.


The weather was beautiful, which helped everyone’s spirits. There’s something about a worldwide pandemic, cloudy skies and every can of Chef Boyardee being sold out at the store that makes you feel like the end is near. But then the sun came out and we all let out a collective sigh (with the appropriate 6ft between us) because that feeling of imminent danger isn’t so oppressive when the sun’s shining.


Each day that goes by, we’re learning strategies for handling this new life.


The girls have a good routine in the mornings of sleeping in (well, as much as they sleep in), doing a little school-type work and playing before lunch. Today, they wrote in their journals, played a math baseball game online and painted rocks. Yesterday was my mom’s birthday, and since we couldn’t see her in person, the girls made their first iMovie trailers as gifts to her. They included family pictures and sweet messages. And I called it a STEM lesson!


Henry has a good routine of basically doing whatever he wants. I have yet to figure out how to balance his needs and the girls’ simultaneously. But I’m not sweating it. He’s more than prepared for kindergarten and structuring his day like the girls’ isn’t realistic or effective for him.


We did make a pretty gigantic move in his world though.


For the past couple of months, I have felt the era of nap times was coming to a close. He wasn’t as tired at naptime, and once he did finally fall asleep, he was taking shorter naps. I was dreading this move because a break during the middle of the day was just as good for me as it was for him.


The last couple of days, he didn’t nap and I didn’t get my usual break. That respite is just about the only time before bedtime that I get to exist inside my brain alone. Most of the time, Henry’s non-stop questions and commentary doesn’t allow me to think any of my own thoughts. That time of day is also when I knock out most of my work.


With no mid-day break, I was considerably more irritable than normal. This is definitely not the time to be more irritable. So, Scott and I decided to try out the quiet box concept with him. We used it with the girls when they stopped napping — I’d pack them a new box of quiet time activities each day, and they’d spend an hour in their room coloring, playing, tinkering, etc.


So, we sat Henry down and explained all of this. He was completely on board, and did so well staying in his room and playing independently. The rest of his afternoon was much calmer than normal, too. My sanity and irritability level needs that trend to continue.


We took a family bike ride before dinner, and when it rained on us for a few minutes, the kids were squealing with joy. We desperately miss our friends and family, but these moments with just the five of us are creating such fun and unique memories. 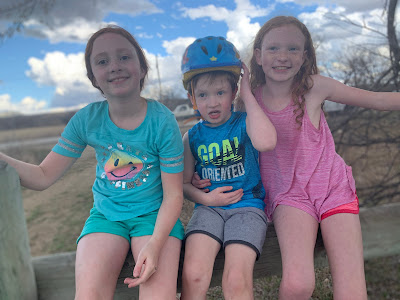 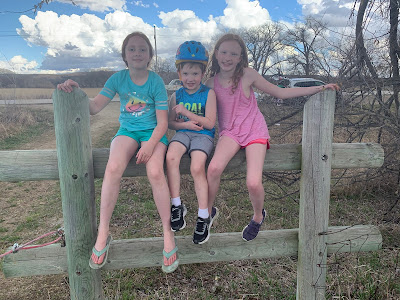 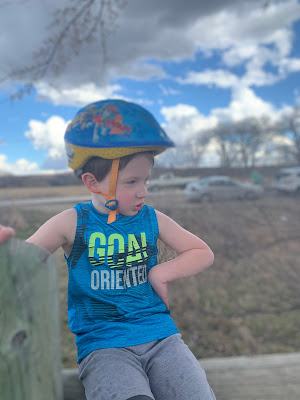 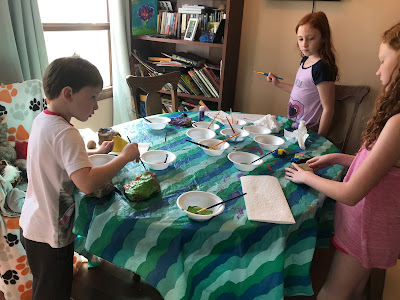 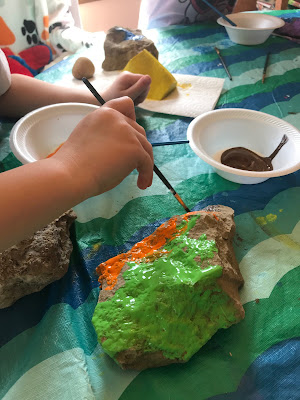 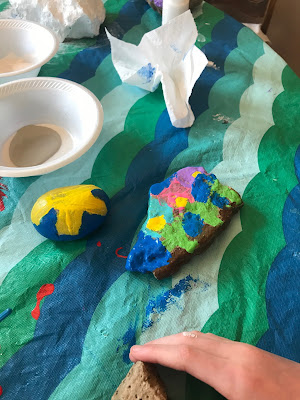