Thomas Edison Would Be Proud 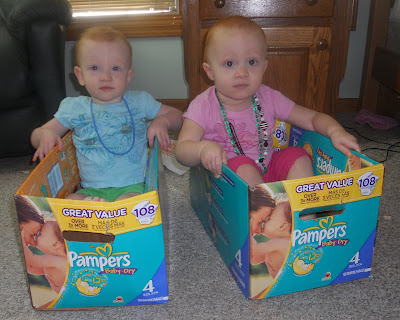 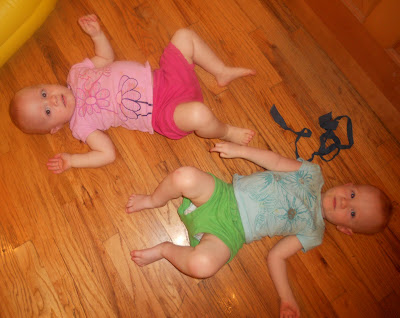 Until a couple of weeks ago. It was like a light bulb went on for Claire and she finally understood what we were trying to get her to do.

She can now say the first syllable of almost all the words we ask her to attempt. And if she can't quite make out the sounds, she gives it a good try.

I cannot begin to tell you how awesome this is. The other day, for example, she was pointing to something and saying "Neh, neh, neh." I was a little slow, but as soon as I saw the edge of a necklace hiding behind a lamp, I knew immediately what she wanted. I said "Necklace?" She smiled big and said "Yaaaa."

If we were still grunting, I would have been clueless and she would have left crying in a fit of frustration.

Grace is being typical Grace: completely unpredictable. When I first thought about writing this post, I was going to share my opinion that Grace's light bulb — understanding we wanted her to try to say the words — just hadn't lit up yet. But then a few days ago, she was saying "dow," telling the cat to get off the table. So, I've changed my thinking with her. She's caught somewhere between not knowing what we want, not having the development to get the words out and knowing exactly what we want, and flipping us the bird. I have a feeling this will be a trend with this little one.

I swear she said "there" when I asked her where she was going the other night!! wow :) they are geniuses!!!

Grace. Claire was hanging with Gramma!!!