Right before Thanksgiving, two of our best friends welcomed their first child into the world -- Cecilia. She is so smooch-able, she almost had me thinking about having a third … almost.

Then there was Thanksgiving. Dinner was a wee bit late, but yummy once it arrived. And by arrived, I mean when my Mom and I finished cooking it. Scott wasn't feeling well, so we gave him the year off. The girls thought the extended table was a new play toy, but once we convinced them that really we were going to sit down and eat at it, they moved on to playing with their cousins. 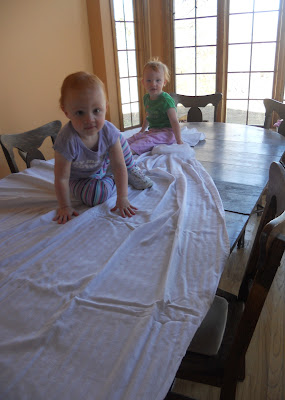 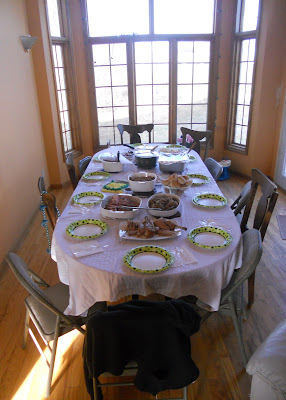 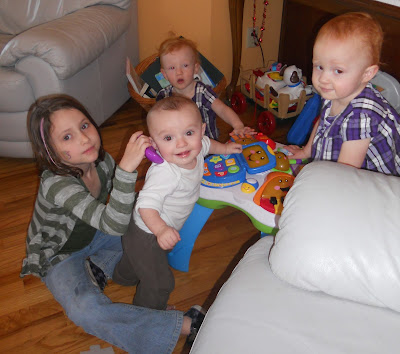 This Thanksgiving was our fifth and final one at this house. Traditionally (ok, for just the past five years), we have both sets of families over to our house to eat, drink and generally be merry. But a few months ago, we decided we're moving back to my hometown.

I know, I've failed to mention that in about a million posts since we made that decision. But let's be honest here, there really haven't been a million or probably even 10. Here's the story. It happened one day, oddly enough, in a Wal-Mart. We were in town visiting my parents and Scott came out of the Wal-Mart bathroom and said, "Let's move back." I'm not sure many epiphanies happen in Wal-Mart bathrooms, but this was one I was on board with. Scott and I first met in that town and both have a really strong feeling that it's where we should be. So, on top of crazy work hours and two freaking-busy toddlers, we're also searching for houses. We have been close to buying a couple, but they keep getting snatched right out of our hands. I'll try to keep you posted on the search. 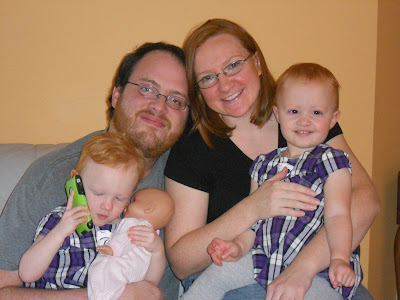 After Thanksgiving, there was the Christmas tree hunt. Unlike last year, when we found it the old-fashioned way, this year we decided to just go easy on ourselves and get one from Dillons. Not too bad looking for a $29 tree from Dillons, right? We decorated it, decorated ourselves, and had a really lovely time with the Thrismas Cree (Claire). 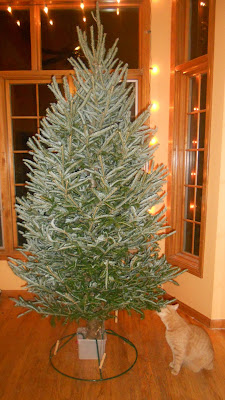 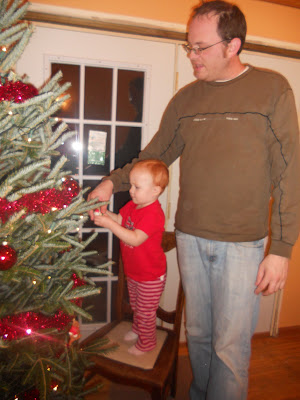 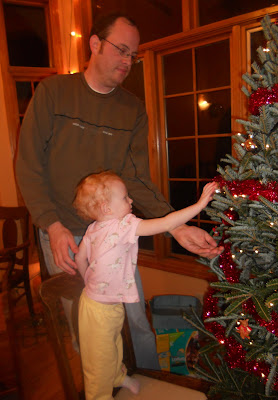 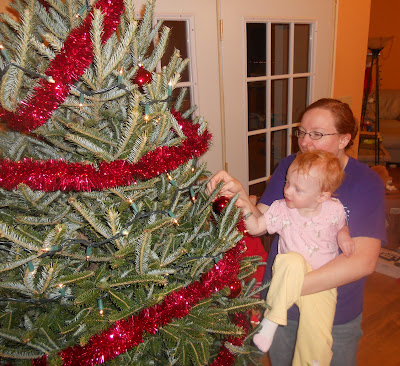 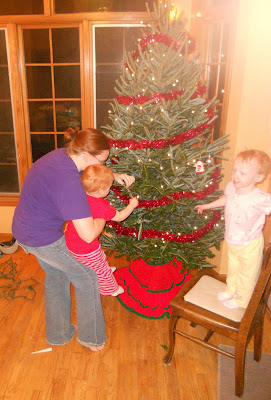 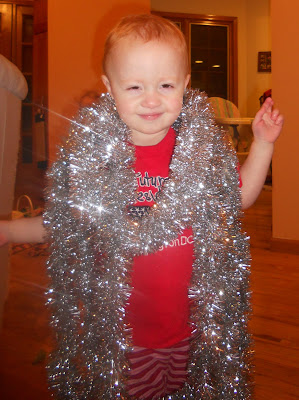 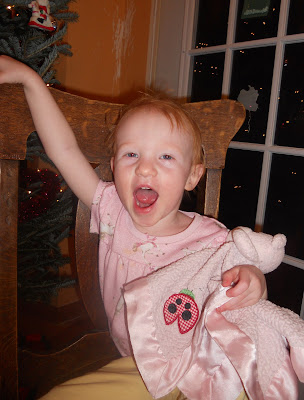 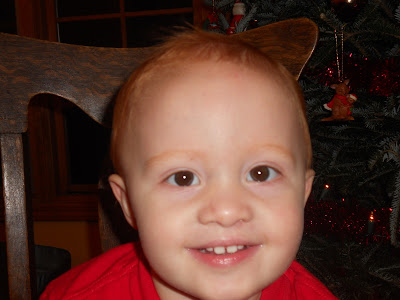 I am soooo jealous you are moving back to Manhattan!! Good luck and now I will have to come visit you whenever we are in town!!