I've been neglecting you, I know.

I feel bad about it, but then I find something to do, like sleep or shower or eat, and it eases my guilt.

A couple of weeks ago, we made a big leap. It may not seem like a big leap (or maybe it does if you are as scared of change as I am), but for two parents who work from home and crave structure and sanity, it was a big leap.

The girls have been ready for big-girl beds for awhile now, but things were so busy and hectic with the campaign and work and raising two toddlers that I kept putting it off.

So, we agreed that after the election, we'd suck it up and make the move.

The girls knew how to get out of their cribs and weren't shy about doing it, but I knew there was a psychological barrier with the crib that would be gone with the beds. There have been good nights and bad nights -- nights that I have wanted to scream with frustration when I put Claire back for the 400th time. But overall? It's gone really well. (Mom, knock on some wood for me, will you?)

At nap time, Claire will get out a few times, but usually by the third time she settles down. And after a week or so of testing things out, Grace hardly ever gets out once she's in. 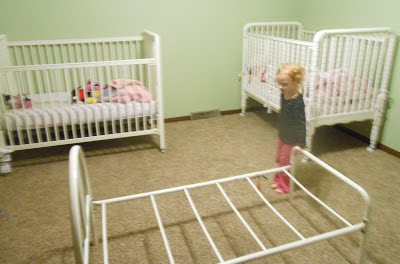 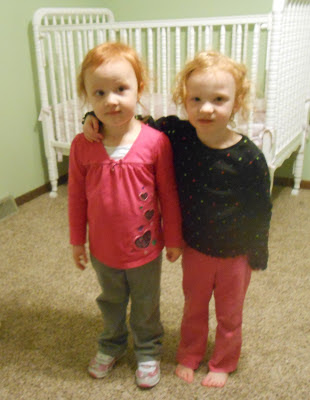 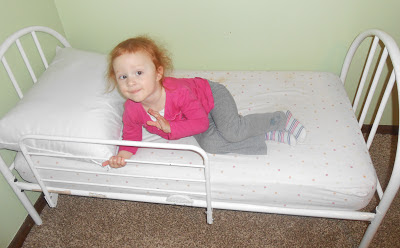 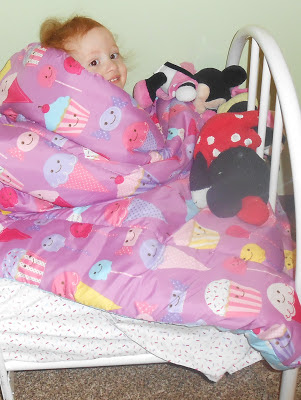 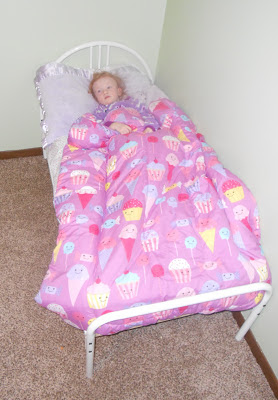 There was one minor hiccup though on the first night. Scott and I were sitting downstairs watching TV when we heard this really loud thud.

Background: My parents had these toddler beds that they were kind enough to give to us and only one came with a side rail. I decided to give Claire the bed with the rail because she moves around just about as much as her father. Grace, on the other hand, lays as still as her mother, so it was an easy decision. Or so I thought.

Before we tucked them in, I stuck a pillow under Grace's mattress, thinking that if she rolled, she'd roll into the wall. Gravity and all.

Cue the thud. Then loud crying. Then Mom and Dad buying a side rail the next day.