So, I made the girls' costumes this year. (Again) When I say "made," I don't mean sewed, like most people might think.

I "made" them using a combination of hot glue, double-sided tape and safety pins.

I thought I'd be smart and frugal and save the money on costumes by buying sweatsuits and temporarily turning those into costumes.

It (mostly) worked. And the girls are only two so they didn't know any different. And it was dark out, so my flaws were hidden fairly well. I call that success.

So, what you're telling me is you don't want to wear your tail?

Good thing it's only attached with a safety pin.

Off came the tail and everything after that was smooth sailing.

Although a little confused at first, they quickly picked up on the idea and LOVED trick-or-treating. For the first six or seven houses they just kept asking "We get more candy?"

Claire also sufficiently creeped out at least three of our neighbors by saying "Trick-or-treat … can we come in??"

The neighbors who know us just laughed. The ones who don't, just had this awkward expression on their faces as I tried to quickly back out of the driveway. 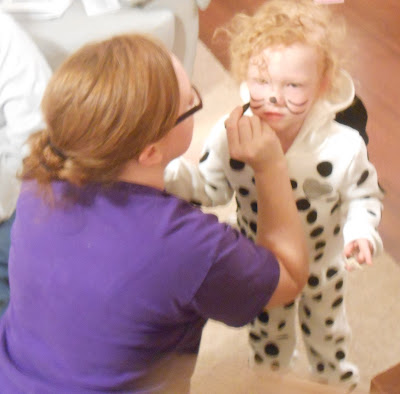 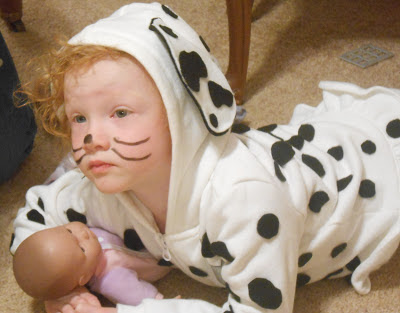 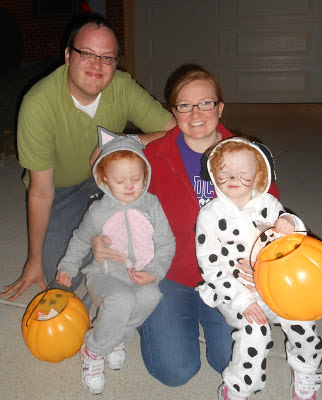 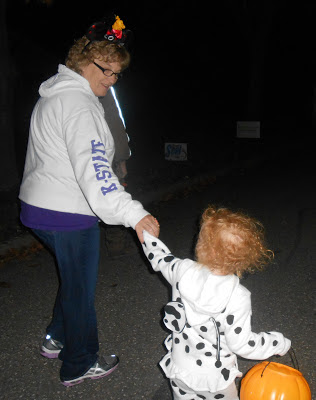 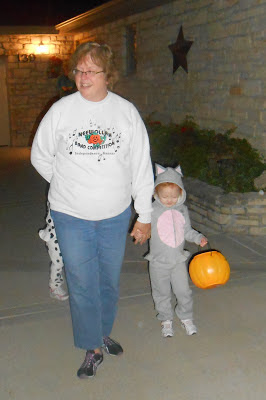 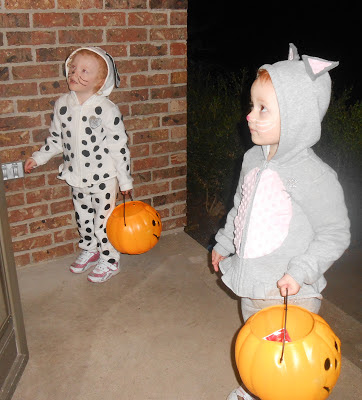 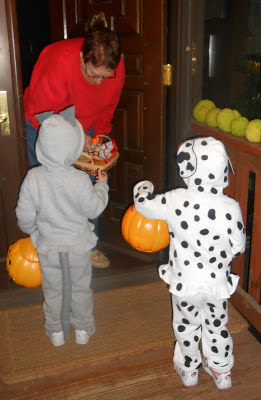 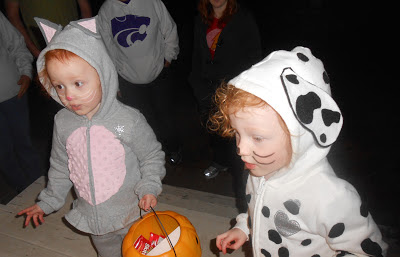 super cute costumes!! I love them!