A gust of wind.

Hair in the eyes.

A split-second to brush it out.

One hand gripping the chain as her eyes met mine. Shock and fear. For both of us.

A scream. Running. Falling to my knees. Holding her. Whispering to her that it would be okay. More screaming. This time, not from me.

Yesterday, Claire fell out of the swing. At the apex of the swing, she took a hand off the chain to brush the hair out of her face and in that moment went flying out of the swing. She cried on and off for about seven hours yesterday. After trying once to stand and recoiling with pain, she refused to even try to put weight on it.

I knew she was tired and hungry (possibly making the situation seem worse than it was) and there was no bruising or swelling at first, so I didn't rush to the emergency room.

When she still couldn't stand on it this morning, we took her in. X-rays confirmed -- she has a slight fracture in both her tibia and fibula, right above her ankle.

We started the morning with the pediatrician at 9:30, took X-rays and after lunch headed to the orthopedic folks.

At about 4:30, we were finally headed home. With a full leg cast. Orange, of course. Because she loves Apple Jack (My Little Pony). 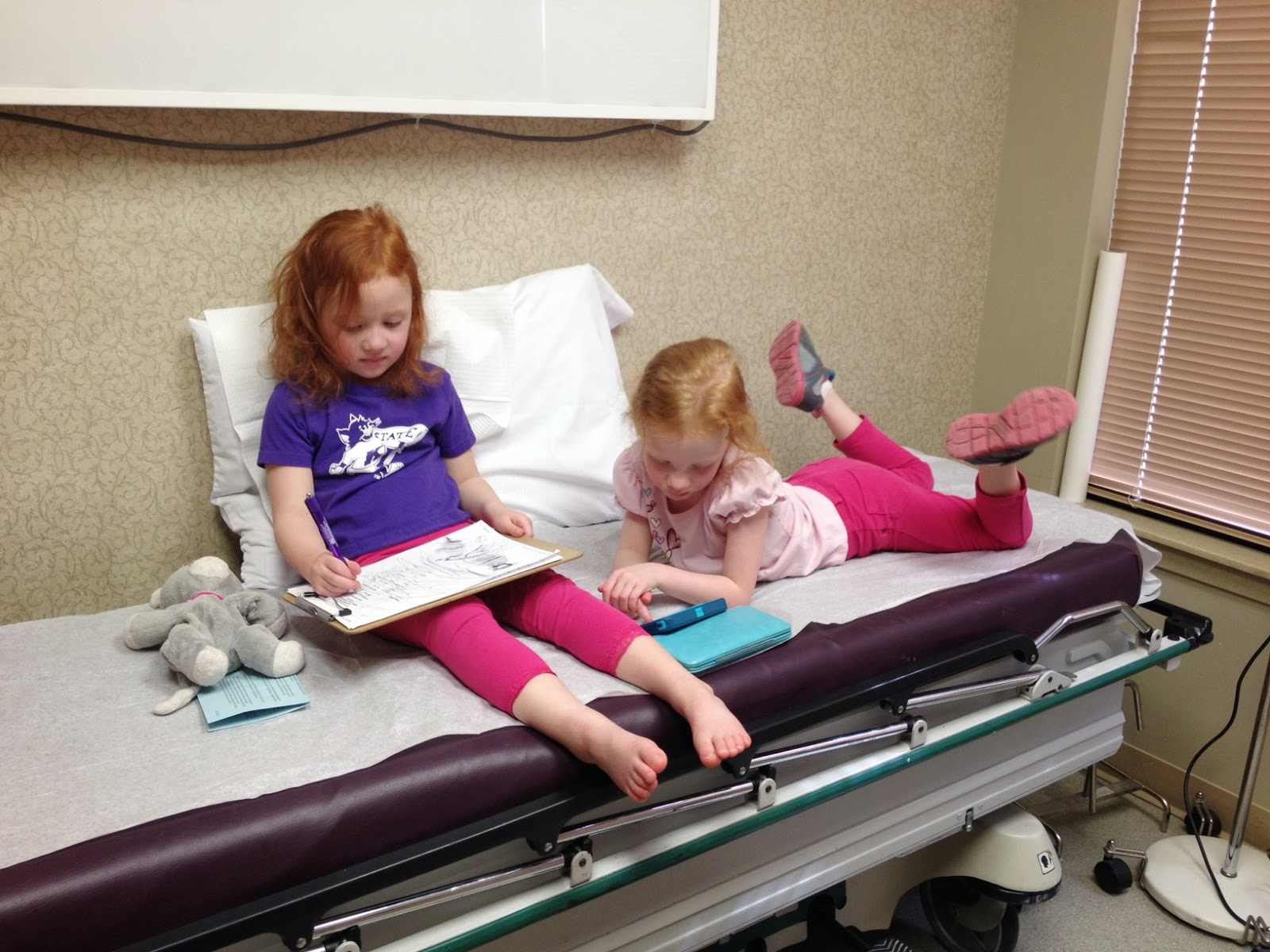 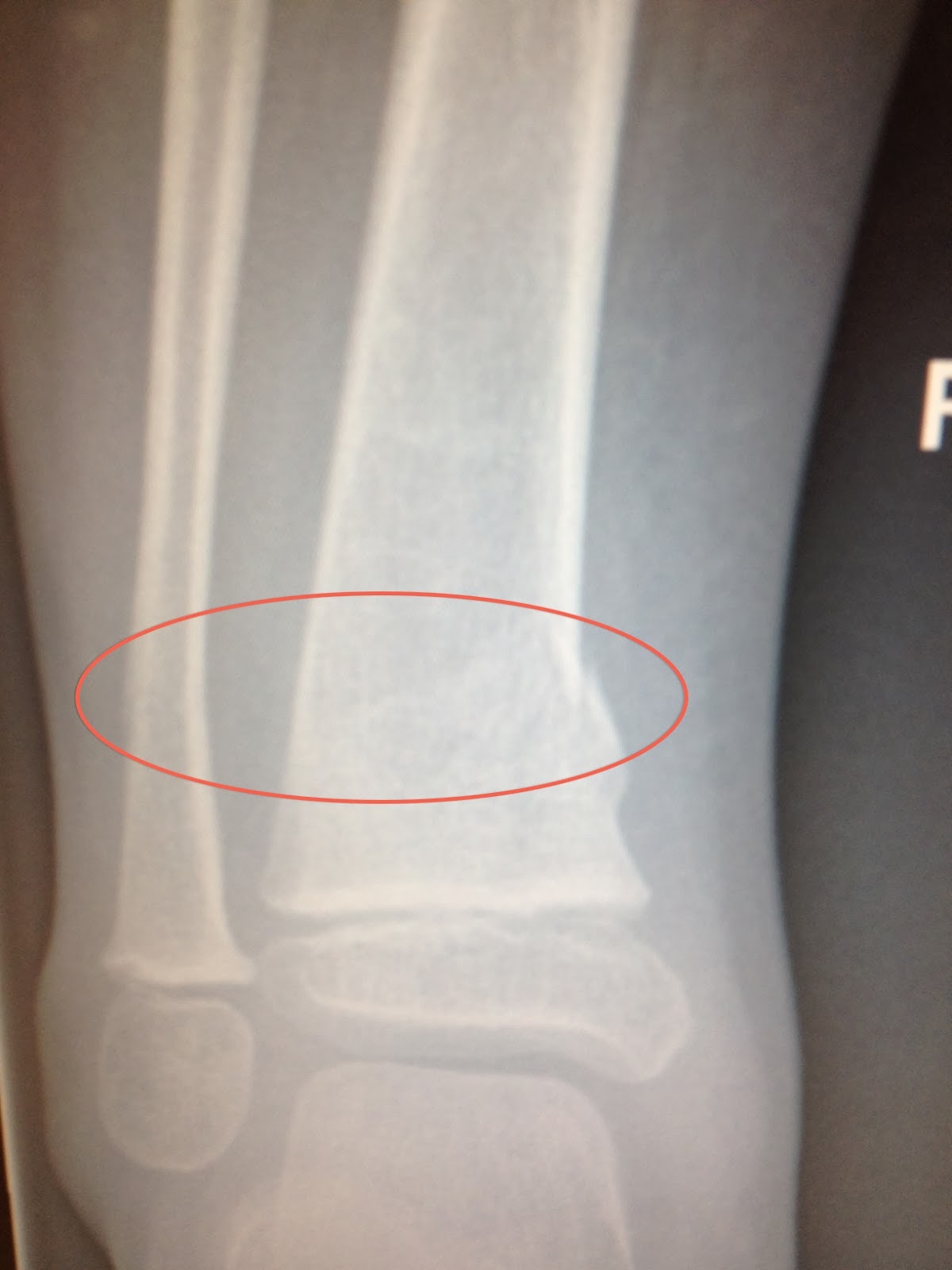 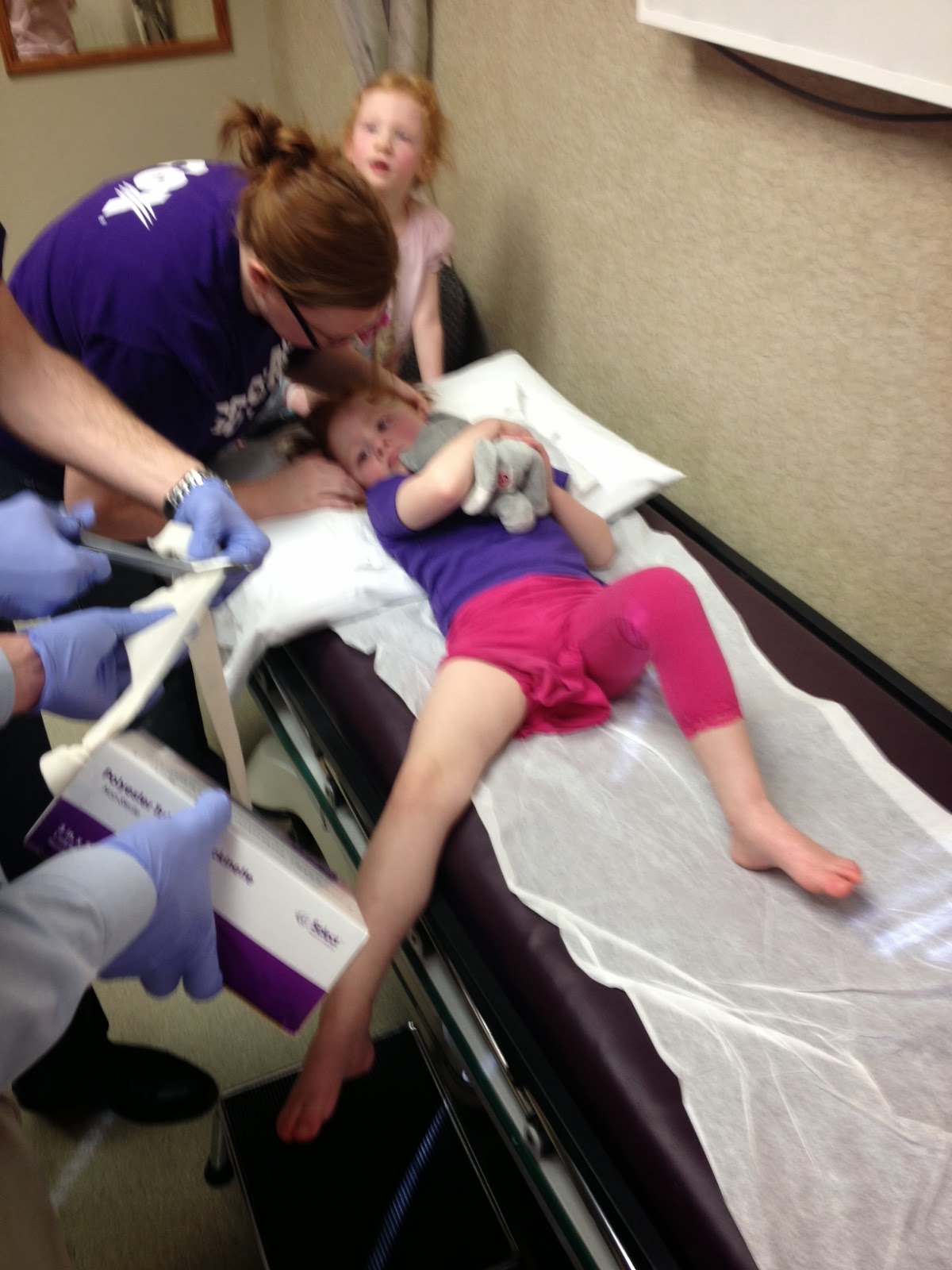 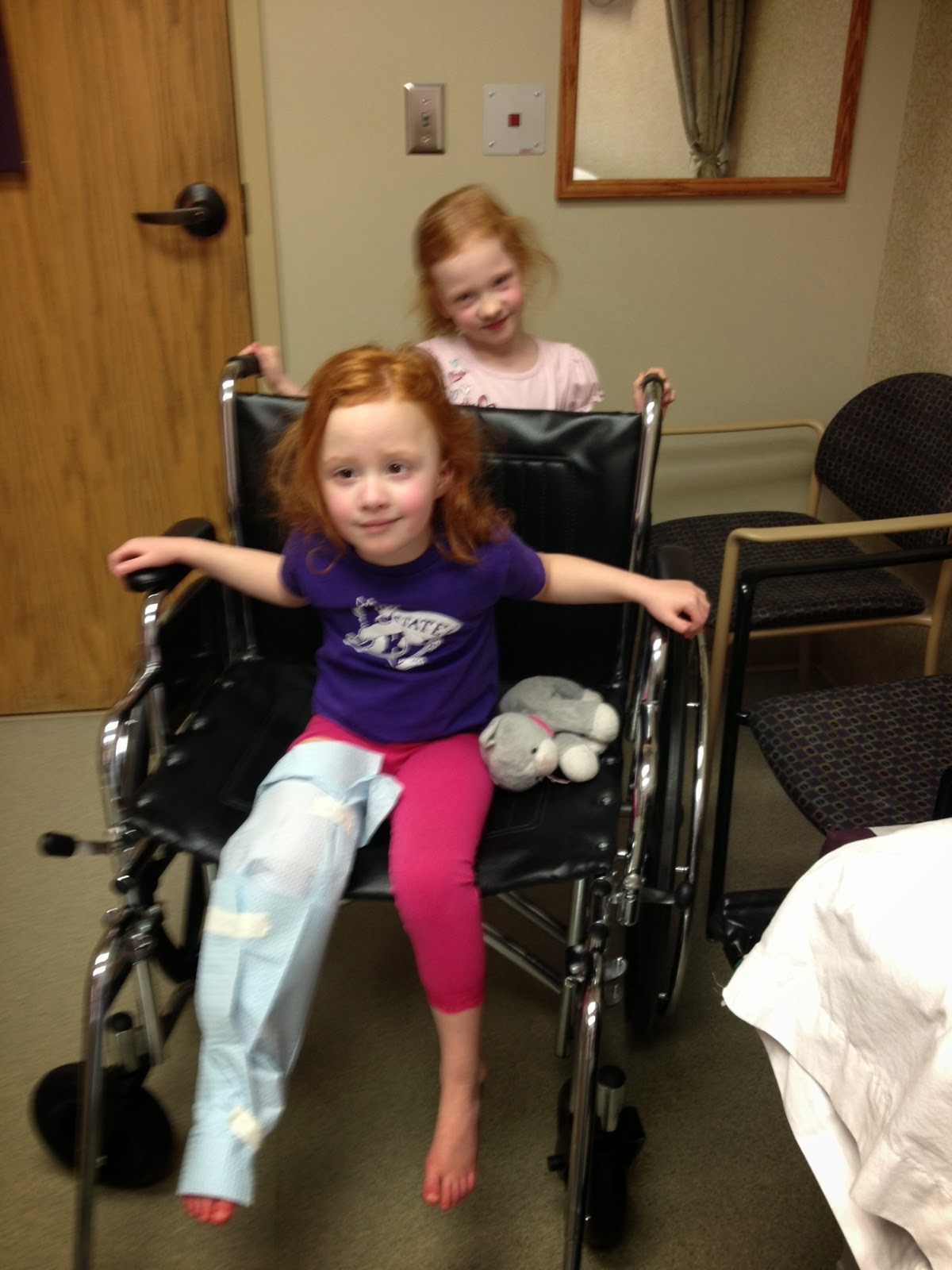 When the doctor said we would need a full leg cast, I asked what was probably a stupid question "How will she get around?" My mind was quickly scanning the options. He hesitated a moment and said "Well, probably, mostly you." For three weeks. Then hopefully, we'll switch to a walking cast.

The girls were the most upset that the doctor had to cut Claire's pant leg in order to put the cast on. Priorities, people.