So, I bet you thought this blog was dead. Well, do I have a surprise for you! Zombie blog!!

I really, really want Henry to have some idea of what his childhood was like. “Oh, look, another blog about Claire burping and there’s one about Grace’s toenails, but I’ve got like 6 blogs, Mom.”

Well, Henry, my dearest son, you are hard. So hard. Harder than I could have ever imagined. The root of your difficulty is your sleep troubles. Let’s start there.

We are coming up on the one year anniversary of Henry’s sleep disruption. Before last February, he slept fine. Not always through the night because he was nursing, but I never had to rock him to sleep. Cue an ear infection in February, which coincided with the newfound ability to stand in his crib, combined with four new teeth and starting solids and boom — my good sleeper was gone.

We had three glorious months over the summer where he magically started sleeping through the night on his own. Then, in September, he got hand, foot and mouth and five teeth at the same time and boom — gone again.

I rock him to sleep each night and then usually get up once or twice depending on whether he’s sick/doesn't feel good/whatever. It can be for 30 minutes or three hours. The cause of his night wakings vary. He’s had one virus after another this winter, so that’s the bulk of the recent problems.

Things have improved this month, but most nights, he’s up at least once. I have always had a theory that if he could put himself to sleep at the beginning of the night, he’d do a better job of getting back to sleep on his own in the middle of the night. But I dreaded just dropping him in the crib and forcing him to do it himself without the understanding of why I wasn’t rocking him. Now that he gets the concept of “nighty night,” Scott and I have decided we are going to try to fix this problem. I’ll let you know how things go. Cross your fingers for me. And maybe your toes. Yeah, definitely your toes.

Other than sleep, which occupies much of my headspace (but not much of my life!), Henry is hard in other ways, too. He is a very determined and strong-willed little guy. He knows what he wants, and almost always it’s something he isn’t supposed to have, and when he doesn’t get it, he screams. Like SCREAMS. He threw his first temper tantrum at the young age of 12 months and his temper hasn’t improved with age. I don’t give in to his screams, but that doesn’t seem to have any impact on him using them. Here are some of the things that Henry hates:

1. Me being in a different room
2. Me being distracted even in the same room
3. Me not carrying him
4. Me changing his diaper
5. Me not giving him something he wants 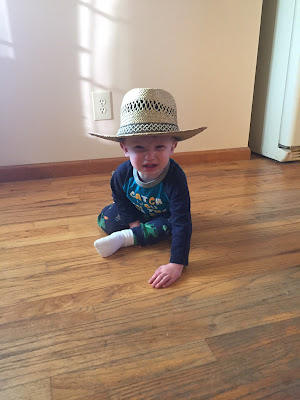 Yep, Henry spends most of his day screaming at me. I cannot wait for those language skills. People joke “You say that now, but just wait until he won't stop talking.” And I’m like “no, seriously, you have no idea. I NEEED this kid to talk.”

So, the first blog back in awhile and I spend the first 2/3 of it complaining. Ha. Well, at least you know why. I don’t sleep through the night and I spend my days being screamed at by a tyrannical toddler.

But let’s get to the good stuff. This child. This baby boy of mine that drives me crazy all day and all night long. He has stolen my heart. In between the hard, my baby has wrapped himself around my heart and nestled into my soul. The one — emphasis on one — upside to all the time we spend together in the middle of the night is the bond we have formed. He is mine and I am his. A day will come when he blows me off. When I ask how school was and he doesn’t answer because he’s already in his room with the door shut. A day when he chooses friends over Mom. A day when I’m no longer his #1 gal. I know that day is coming and when it comes, I’ll be ready. I’ve taken these nine months of sleepless, Henry-filled nights and I’ve tucked them away. The hours he’s spent resting his head on my chest and clinging to my neck are being safely held in my memories. And when that day comes and I feel like crying at the sight of my baby growing up, I will close my eyes, open that lockbox and remember that I soaked up way more than my fair share of baby cuddles. How about that for glass half full, huh?

So, just to sum things up: Henry is really hard, but totally worth it. Love you, baby boy. 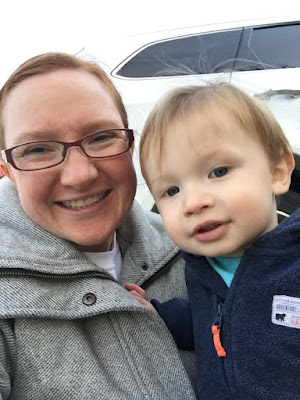 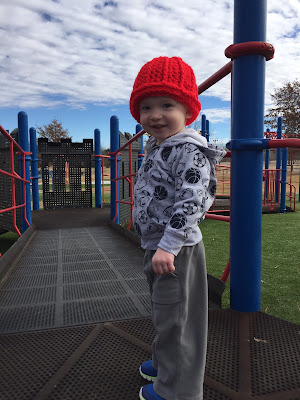 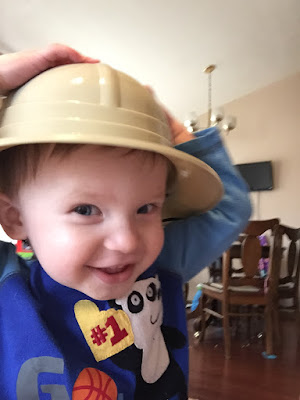 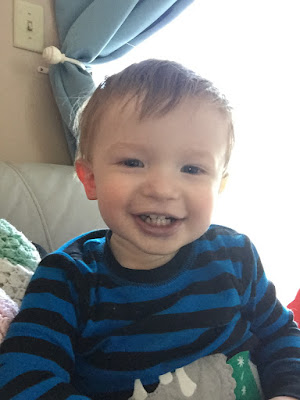 Oh parenting. Here's to it getting easier when he can talk! My second one screams less now that he can communicate so I pray for the same for you. You are doing great! Keep on keeping on.

Oh, and he is super cute.