Sleep. Some have it. Some don’t.

For the past year, I’ve been in the don’t camp. I mentioned in a “recent” post how we got to this sleepless state, so I won’t get into all the nitty gritty details here. But long story short, it has been the most painful year of my entire life. Which first off, says something about how fortunate I’ve been so far in life and second off, is strange because the very thing that made life painful also brought great joy — Henry the Hard. 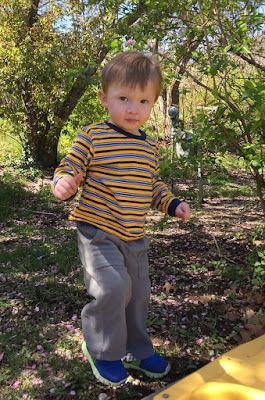 I’m a pretty empathetic person, so empathetic that I sometimes can feel pain that may or may not exist. Would Henry have felt abandoned if we did sleep training 6 or 9 months ago? Who knows. But the thought of it was too much for me to bear. Everyone told us that we had to be consistent and once we started the training, we couldn’t waffle. I was not confident that I could do that if I couldn’t explain to him what we were doing. So, I waited and suffered through long, sleepless, painful nights. Until recently when we made the decision to sleep train Henry. His language and comprehension skills were improving — I knew he understood what it meant when we said “Henry go nighty-night.” And I was very, very quickly reaching the end of my empathetic rope.

So, we talked to some sleep consultants — yes, those are a thing. My boss referred us to them and I’m so grateful for their guidance. Together, we developed a strategy. I told them how hard it was going to be. Henry’s very temperamental. He’s not easy-going or flexible. He’s a screamer. He’s been throwing tantrums since the womb. I promise, this is going to be very, very difficult.

I had a theory that Scott was going to be the key to all of this. He has a good relationship with Henry and Henry is more easy-going around him. So, we started there — with Scott putting Henry to bed at bedtime. The first two nights, I had to leave the house. I was a total nervous wreck. I knew it was going to be so awful. Hours of screaming, pleading to be rocked to sleep.

That was a few weeks ago. Scott puts him to bed every night without issue and within the last few days, he’s been sleeping the whole night through. If he does wake in the night, most of the time it just takes Scott going in there for a few minutes to reassure him.

The sleep consultants said to try bedtime and then overnights first before we worked on nap time. Last week, I was having a pretty rough time rocking him to sleep at nap time, so I put him in his crib and told him “Henry, nighty-night in Henry’s bed.” The first day it took about 30 minutes before he was out (no tears or screams) and the next three days were about 10 minutes each.

Seriously, I’m pretty sure this kid’s sole purpose in life is to screw with me. Who knows if it would have been that easy 6 months ago or if it was that easy because we waited. But I’m just glad it hasn’t met my expectations.

And I feel like a human again, y’all. I feel happy and light and like sunshine is radiating through me. I can’t convey in words just how huge that change is. This past year, I’ve been living inside a storm cloud. Always exhausted. Always grumpy. Trapped in a sleepless cycle. So, if you’re wondering why the sun is brighter or the butterflies are happier in Kansas, now you know. The storm cloud has lifted.
Posted by Katie at 2:23 PM

So happy to hear it! Sleep makes a world of difference. :-)

Thanks for sharing, Katie! I'm so so glad that things are better!!