I missed writing when school first started, so we’re doing a little catch-up from this summer.

My sadness started around the first of August. This wasn’t really a big surprise. I always tend to get a little sad when school approaches. Don’t misunderstand — my kids drive me nuts during the summer. It takes a whole boatload of patience and mental fortitude to survive a summer of nearly non-stop bickering. And even then, I usually run out of both by late July. But I also love it. Not the bickering, but the moments in between arguments. The girls being sweet to Henry and playing Paw Patrol or trains. Henry sharing his snacks with his sisters. Water fights in the backyard. Trips to the library, the park and the pool. 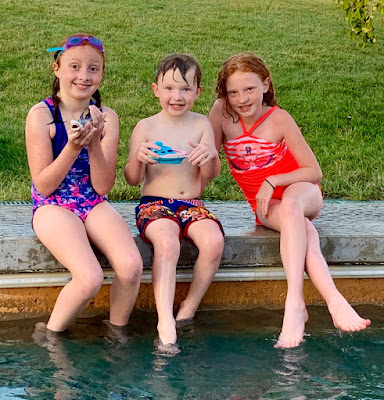 So, when August rolls around, I prepare for another 10 months of being without them. And I get a little sad. But for the last four years, I’ve had my little buddy still home with me while the girls were at school. We had our routine of breakfast, park, maybe some errands and home for lunch. Sometimes we’d go for a walk or a bike ride. That solo time together was priceless. 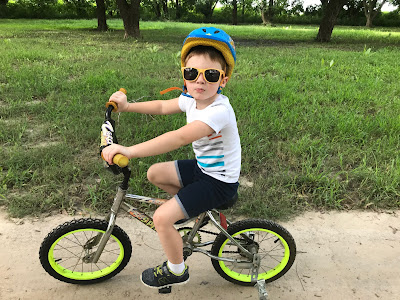 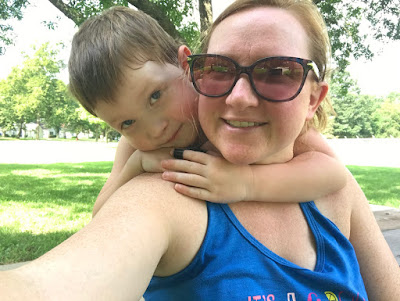 But all good things must come to an end.

Henry turned four this summer and it was time for him to go to preschool. Most of me knew this was the right move. Learning the expectations of a classroom, listening to a teacher and interacting with classmates are important skills to develop before kindergarten. And Henry was ready. He needed the challenge of something new and different. So, in the spring we enrolled him in a part-time preschool program that started in August. In April, this seemed like a perfectly easy thing to do.

Oh, but August, how you crush me!

My sadness wasn’t just because Henry was going to be gone for a few hours a day. In fact, part of me was looking forward to some consistent alone time (the first in nine years!). A few hours at preschool was perfect for him to be challenged and for me to cross off a few items on the never-ending to-do list. But this milestone marked a huge change for me — I was no longer the mom of little ones. Ones that you have to buckle into the cart or else they’ll toddle away. Ones that squeal and giggle when you play peek-a-boo while you’re filling up the car with gas. The ones that you pop on your hip when their legs get tired (ok, I still do this). Since H-man is my last, it just felt like a chapter in my life was ending. And that scared the sh*t out of me. Who am I, if not the mom of wee ones??

So, started three weeks of torturous anticipation for the day he left and my world shifted. This all sounds very dramatic ... “the day he left.” I mean really, he just goes to preschool for three hours, four days a week. But like I said, it wasn’t so much that he was going to be gone, it was the recalibration of my identity that was really rocking my world.

He did end up going to preschool (spoiler alert) and guess what? I’m completely fine! I have plenty to keep busy with the house, errands and work. Henry is LOVING preschool. He loves all of his friends and his teachers. And the best part is it’s a great way to transition between him being home all the time to next year when he’s gone all day for *cue the scary music* … kindergarten.


But for now, life is good. And progressing in all the ways I imagined. That is, until next August. Damn you, August!!
Posted by Katie at 9:50 PM

I'm sure my mum will tell you about how tough it was to see me go off on trips and not look back when I got on the bus but even if we don't always return physically home because we go to school further away or we move to live somewhere else we always know where our home is and who that home is with. Henry is a fantastic young man and he'll always appreciate everything you do for him

Thanks, Jamie. :) That means a lot to me and probably to your mum, too!