(In case you are confused, the following post was written by Scott.) 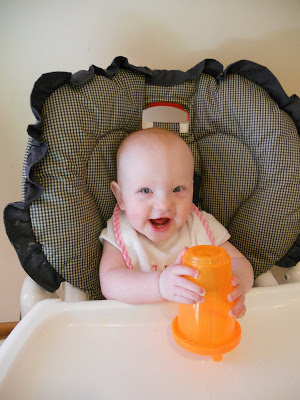 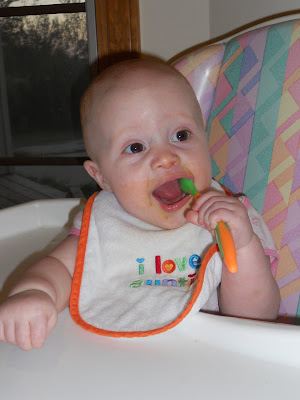 In an old SNL monologue, Ray Romano once joked that he had only written one new joke since his kids were born. He then pulled out his key chain, shook it and said "KEYS!"

I remember chuckling at the time, but these last nine months have showed me how appropriate the joke really was.

I'm not "funny" like Ray Romano. No, in my life the things that evolve are my annoying habits - specifically the one where I randomly sing (aloud, at a high volume) whatever song happens to be drifting through my brain at the moment.

Yes, I'm one of those people. Ask my wife, my parents, my college roommates, anyone. It's really weird, and highly annoying.

Usually it's some pop or rock or country song, occasionally an advertising jingle and I've been known to delve into television theme songs. Even, dare I say it, Kelly Clarkson.

What really gets Katie is when I sing in the car, but not to the same song that's on the radio at the moment.

Did I mention she doesn't deal well with competing sounds?

Anyway, as I was driving to work the other day, I caught myself singing one of the songs Katie made up to sing to our children (read: Grace) when they won't eat.

Repeat until food is gone.

Resistance is futile.
Posted by Scott at 8:15 AM

Yes. You do sing. Loudly. I am learning that I do the same thing. Bless our partners for their patience.

By the way--your mother thinks you are funny......oh and the other too.