I bought the goodies for Easter nearly two months ago. Matching baskets, fake green grass, plastic colorful eggs, candy, stuffed animals, a couple of small toys. I was really on top of things.

Which isn't usually my style. Normally I wait until the day before the event before I buy the gift. Or sometimes, the day of. What can I say? I'm a procrastinator.

But I really want to be the person who's prepared. The person who has Christmas gifts wrapped by early December. Or better yet, before December.

So, this year, I bought the stuff for Easter early.

Unfortunately, not only am I a procrastinator, I'm also fairly forgetful. It wasn't until mid-way through breakfast Sunday morning that I remembered all that stuff was still in the shopping bags tucked inside a closet.

After we shooed them in the other room, and I quickly threw together their baskets, they came back into the living room and were so delighted to see their stuff, they didn't even give me any lip about it being late. Probably because they can't talk yet. And they don't know what lip is. Minor details. 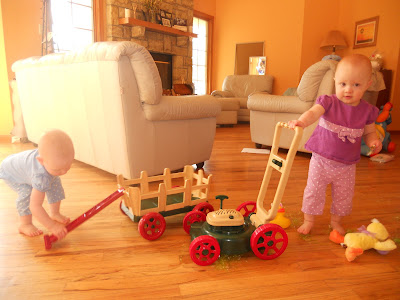 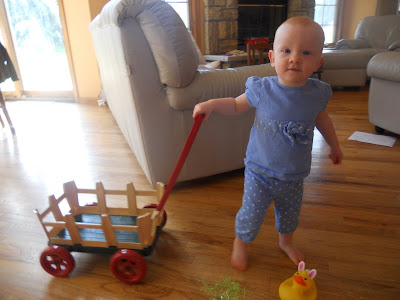 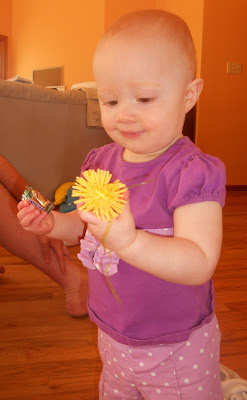 Later in the day, we did an Easter egg hunt, which after the initial "Huh?" they got really into it. And it didn't hurt that they figured out there was yummy stuff inside the eggs. 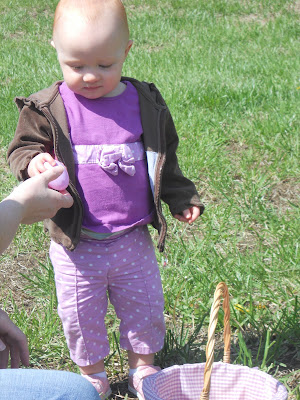 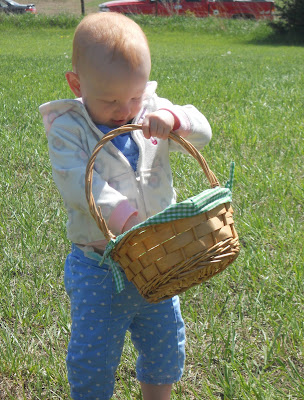 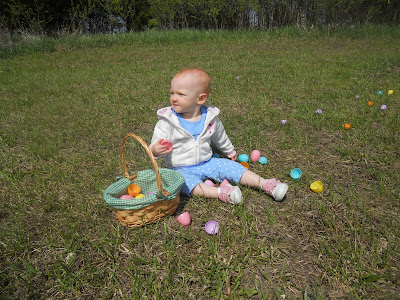 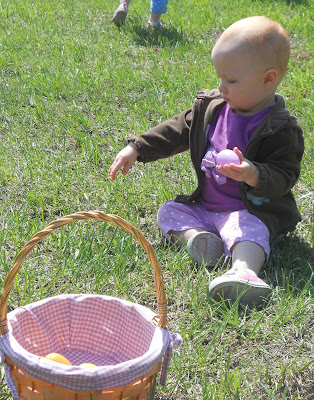 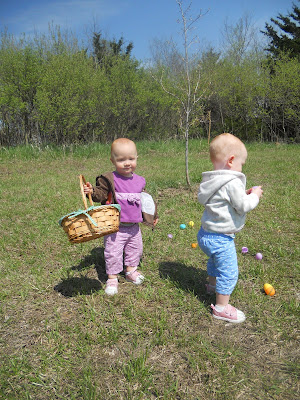