Fury of a Thousand Redheads

We all know the stereotypes about redheads being feisty, easily-angered, quick to retaliate.

For some redheads, I'm sure it is an annoying stereotype to have to hear your whole life. For Grace, it's right on the money. 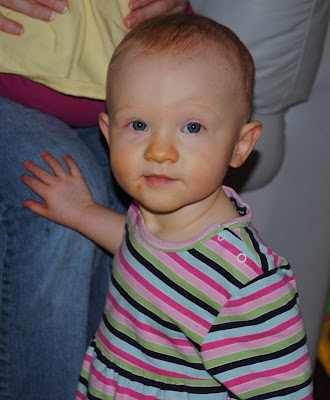 When she doesn't get what she wants, she can throw some pretty intense fits, especially for a one-year-old. She bites. She hits. She throws her whole body back as she lets out an ear-piercing scream.

A couple of weeks ago, Claire took a toy from Grace. Now, to Grace's credit, Claire has been stealing her toys since infancy. There's a history of resentment. But when Claire yanked it out of Grace's hand, a fire exploded in Grace's eyes and she immediately, almost instinctually, before I could stop her, chomped down on her sister's arm.

She left a bruise. And teeth marks.

The kid's got spunk.

She is your stereotypical redhead. And there will be moments that I'm sure I will feel at my wit's end, but I have a weapon that I don't think she's counting on.

I'm a feisty, easily-angered, quick-to-retaliate redhead, too. And I've been doing it for nearly three decades. 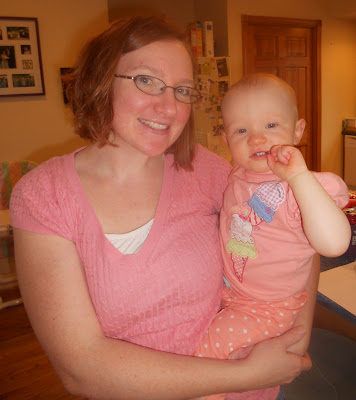 Editor's note: As the mother of this child, it feels wrong not to also let you in on Grace's other side. Although intense at the time, these "redhead" moments are a rarity. In fact, most of the time, she's a total sweetie. Just a few days ago, I was putting her down for nap, giving her a hug, telling her I loved her when all of the sudden, she wrapped both arms around my neck and rested her cheek on my cheek. It was one of the most adorable, heart-warming moments she and I have had.
Posted by Katie at 8:44 PM

Email ThisBlogThis!Share to TwitterShare to FacebookShare to Pinterest
Labels: Grace