Scott and I (and our bank account) were in agreement that we didn't want to spend a lot of money on the girls' Halloween costumes.

But it was their first Halloween, so we wanted to do something. 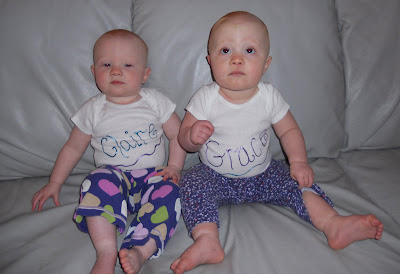 I'll give you a minute to think it over. 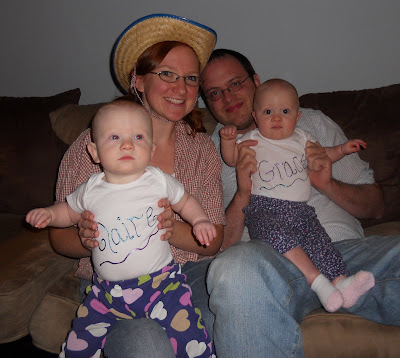 Apparently, Grace didn't get the memo about being each other though. She was just fine being herself. 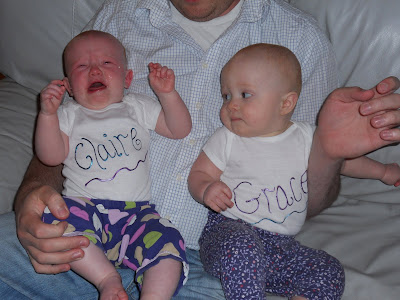