The Many Days of Christmas

The Christmas present giving started on the Friday before and continued until Christmas day. So, it's no wonder that on the day after, the girls ran downstairs to see where their presents were.

There was no convincing them that Christmas was over. Especially since in the fall when I was trying to explain to Claire when Christmas was, I told her "when it snows, it will be Christmas." At the time, it seemed like a harmless explanation.

Now, 14 days later there is still snow on the ground. And 14 days later, I'm still trying to convince Claire that Christmas is over.

The day before Christmas Eve, we paid Santa a visit at the mall. Last year, Grace couldn't hug me any tighter when I tried to get her to sit on his lap. This year, they both went willingly. My niece, Cambri, wasn't quite ready to let go of her Mom. And although my girls are putting on a brave face, I know they felt better with Heather sitting there. We also took the opportunity to snap some family pictures. 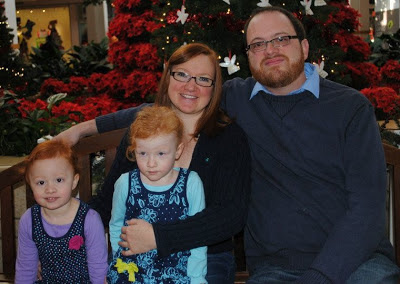 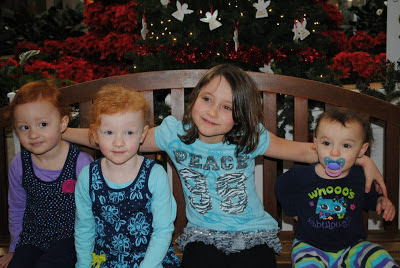 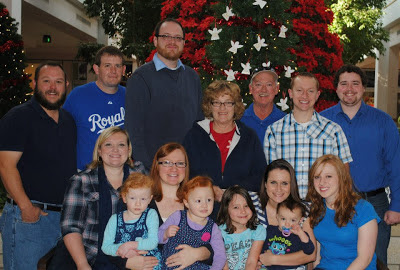 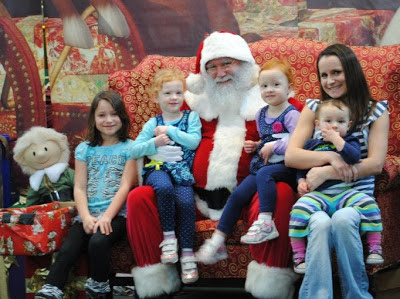 Later that day, we traveled to see Scott's side of the family and it was wonderful. We made great memories playing, eating and driving around looking at Christmas lights. 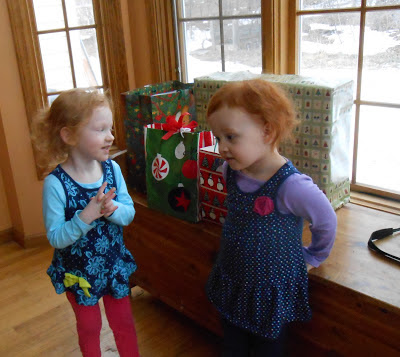 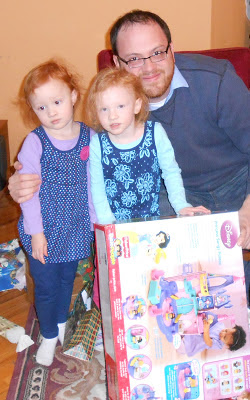 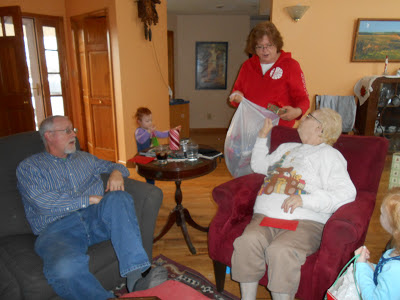 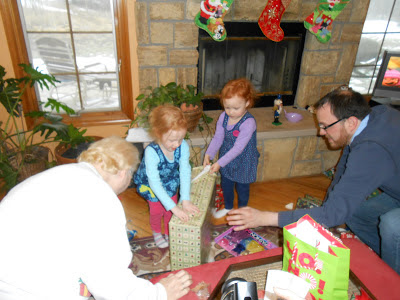 This was the girls' first Christmas really understanding the concept of Santa and he brought them exactly what they asked for. (Grace asked for a baby and Claire asked for a cat that could fit in a train). Ok, so it wasn't exactly what Claire asked for -- the cat was slightly bigger than the train, but with such a unique request, it was the best Santa could do. And Santa surprised them with an easel that has both delighted them and caused about 172 fights since Christmas. 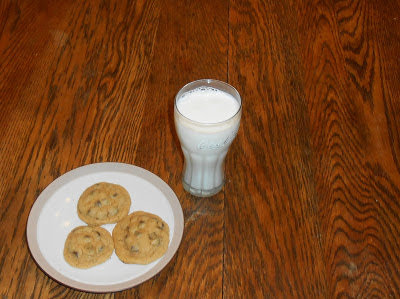 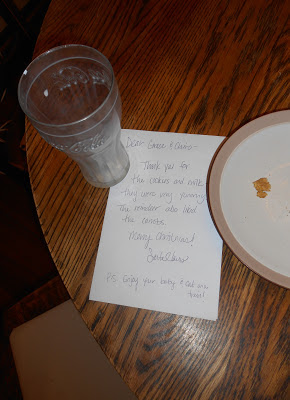 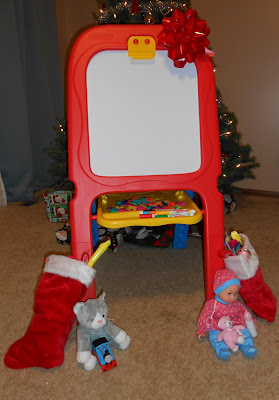 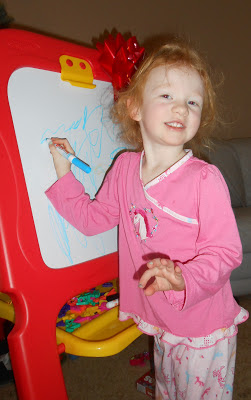 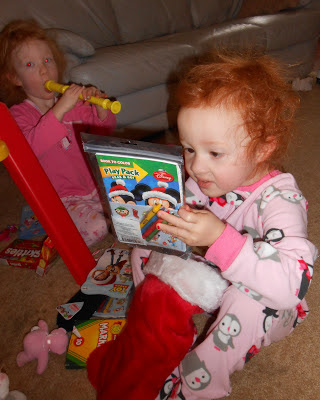 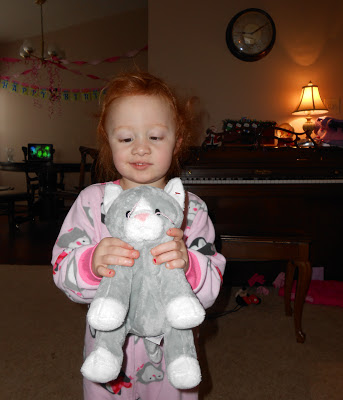 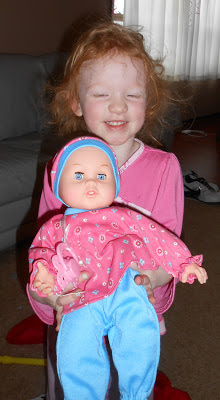 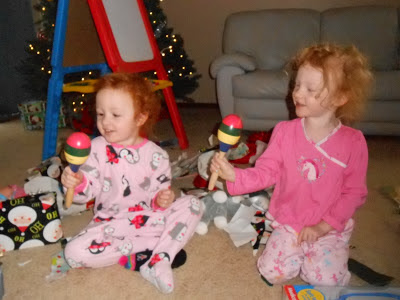 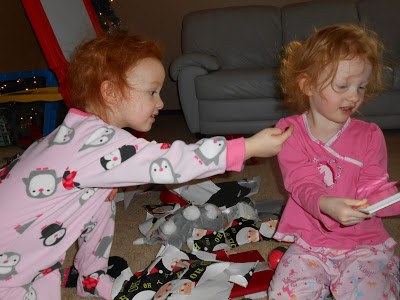 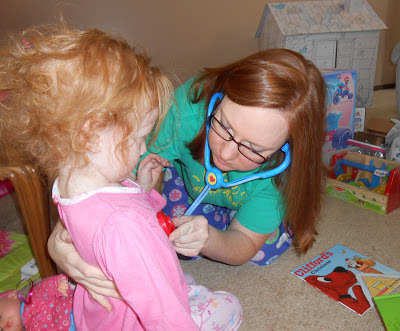 After we opened gifts, we headed over to my family's house where we also had a wonderful time. We exchanged presents, laughed, cried and ate a delicious Christmas feast. 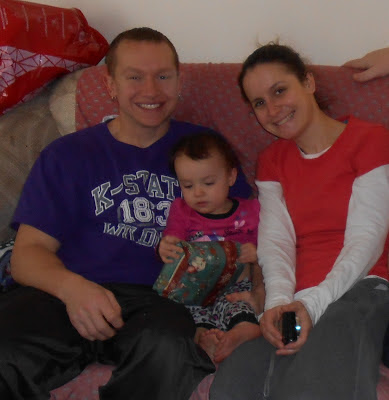 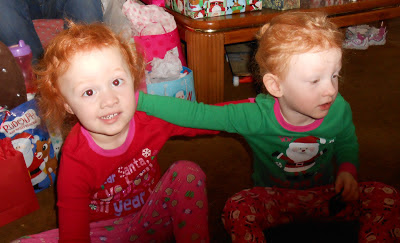 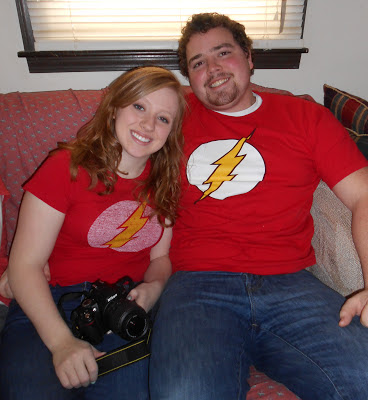 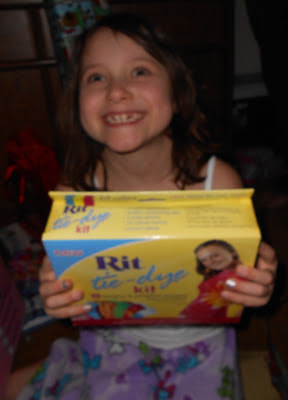 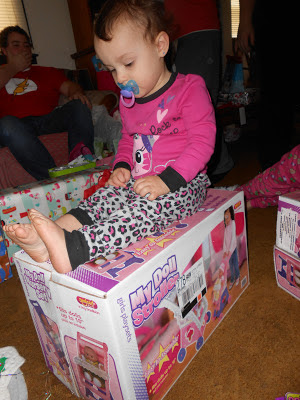 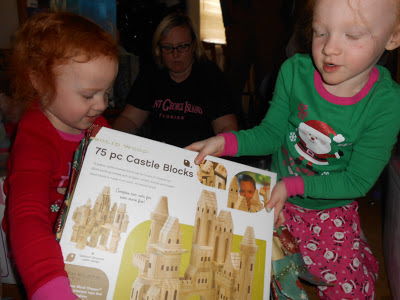 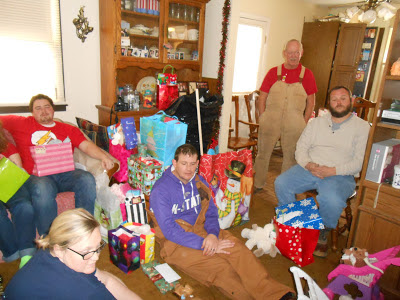 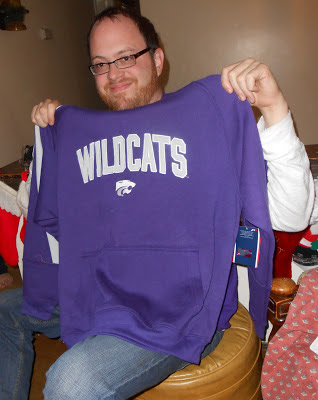 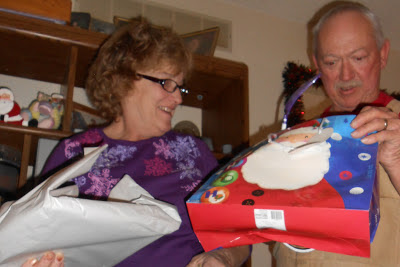 It was a very Merry Christmas.

Coming soon to a blog near you: Part III: A Birthday Surprise
Posted by Katie at 8:54 AM