One was hard — mostly because of sheer exhaustion and a lack of understanding what was wrong. So. Much. Crying.

Two was hard because of the frustration they had communicating, especially Grace. She knew she had something to say, just couldn't say it.

But Three? Holy Moly. Some days, I swear that Claire has been infected with the Rage Virus. 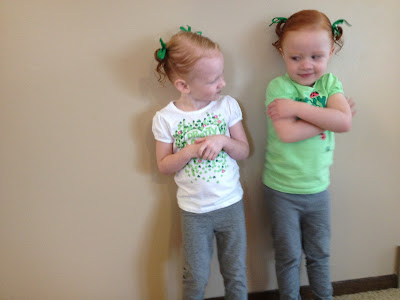 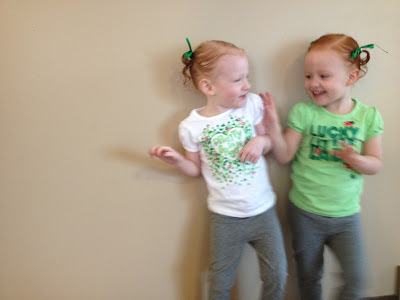 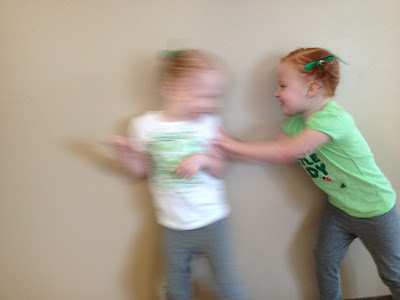 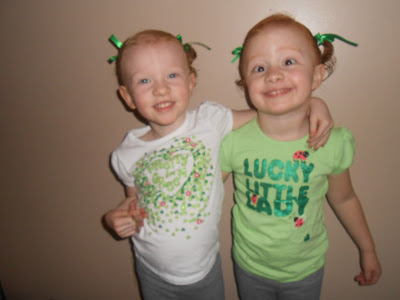 For the record, these pictures are not during a Rage Virus moment -- that has yet to be captured on "film."

It's weird because she's so verbal and has been communicating so clearly for so long, but her frustration seems rooted in an inability to communicate her feelings. She doesn't get what she wants and she immediately melts down into a ball of kicking and screaming and even hitting sometimes.

For example, the other day I picked the girls up from preschool, pulled into the garage and got Grace out of the car first. When I went around to Claire's side, I could see her shaking with anger. I asked her what was wrong and she exploded with fury — I got Grace out of the car first. I tried to reason with her. I told her I'd make sure to take turns with who gets out first. But she was too deep into her tantrum to listen to my logic. So, she sat on the floor of the garage for 15 minutes, screaming. When I told her that I wasn't going to pick her up until she came into the house, she spent 10 minutes crawling on her belly until she finally crossed the threshold.

This was a few weeks ago. We were experiencing a version of that tantrum at least four or five times a day. It seemed like each step we took, I was battling her. It was very exhausting — both physically and mentally.

But it seems like we may have rounded a corner. She is still throwing fits, but we worked out a process that is at least minimizing them and their magnitude. And Scott's been the true hero with this phase. He is calm, firm and consistent -- an approach that really seems to connect with her.

As for Grace, she has been throwing mini-tantrums her whole life. Her fires have always been easy to ignite and easy to put out, so I'm hoping we can just skip this Rage Virus stage. If only we're that lucky.
Posted by Katie at 7:23 AM