I don’t even know where to begin.

I’ll start here, I guess. Currently, I have baby Henry sleeping in his wrap, which is attached to me. I’m sitting right next to the dining room window, with my computer on a TV tray, watching the girls outside in the kiddie pool as I try to get at least a few of these thoughts out of my head. Oh yeah, and dinner is cooking in the kitchen.

That’s life with three. At least for the next five minutes. It will inevitably be interrupted by someone … I didn’t even get that sentence written before Grace came screeching inside, dripping wet needing to “GO POTTY!! I HAVE TO GO POTTY!!”

Life — interrupted. That’s a good way to put the current state of affairs now that we are a family of five. So, back to the beginning.

It’s nearly impossible to believe it’s been a month since Henry was born. It has been a total blur of sleepless nights and crying and somehow keeping the rest of the house/family/work afloat in between.

And the whole time I’ve been writing blogs in my head because finding a moment to sit down at the computer was truly impossible. Now is where I take a moment to bow down to all you parents with multiple kids. Having a newborn to care for AND other kids? That’s flippin’ hard. 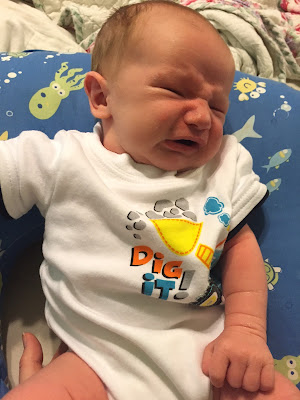 He doesn’t sleep at night. They do. They don’t sleep during the day. He does. I’m no mathematician, but that equals a whole lot of NO sleep for us. But it’s getting better. Last night, he slept for six hours. It may not happen again, and it likely won’t happen on a regular basis, but I’ll take that shot of adrenaline and use it to keep trucking through the day.

The first week was really hard. We hadn’t figured him out yet and he was doing a whole heckuva lot of crying. We Googled like it was our job (which, side note, is a little ironic) to find out what could be wrong. After we brought the girls home, we had to wake them every three hours to eat. And then they just fell back asleep. I remember asking my mom if we should be worried that they slept so much. She just laughed. Henry has taken a touch more effort. Turns out he really does like to sleep — and he cries when he isn’t sleeping — he’s just not very good at getting there himself. So, for now, it’s a lot of walking, patting, shushing until you find the sweet spot and he dozes off.

At least for now. I’m sure he’ll be different tomorrow and then I’ll be back in the “I have no idea what to do” camp.

The girls just adore him. Today Claire said “Mom, I just can’t resist him. He’s SO cute!” And the day after he was born and Grace saw him for the first time she said, “Mom, I’m so proud of you. He’s sooooo cute.” 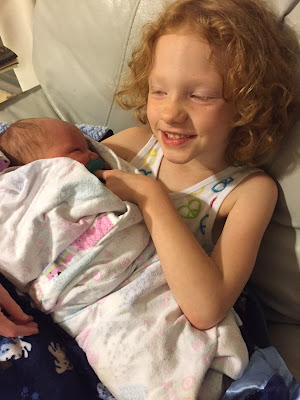 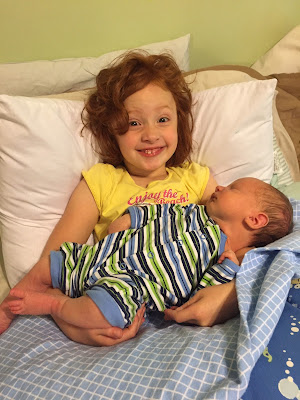 And other than being a touch ignored that first week, I feel like we’re getting back on track with them, too. Since about week two, we’ve been venturing out of the house each day for a big girl adventure and so far we’ve hit the mall, Sonic play place, bouncy house place, splash park, the zoo, walks in the neighborhood and swim lessons. It’s not perfect by any means. There are still days they watch too much TV and days my fuse is too short, but it’s getting better. And for now “better” is my measure of success. 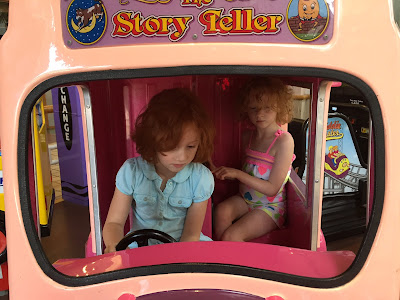 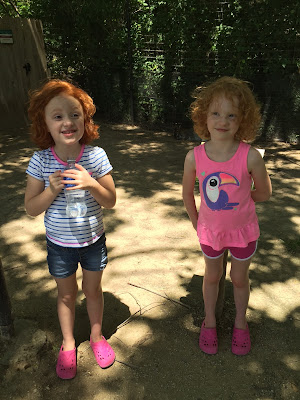 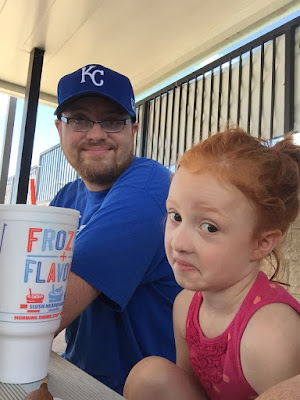 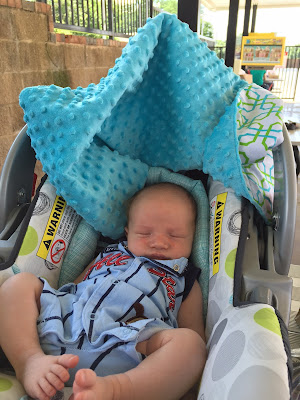 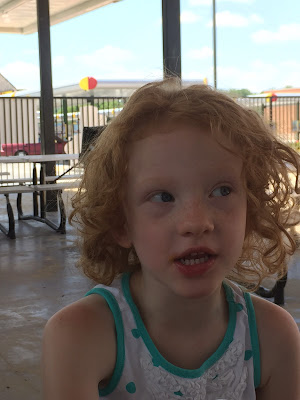 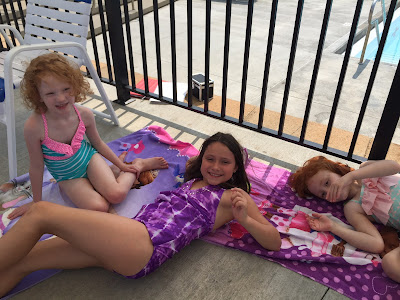 As for me, I feel much more relaxed this time around. I don’t feel quite as panicky when I hear him cry. I don’t feel quite so tense when I step away for a nap. But there are other feelings. When I look at him and his tiny fingers and his chubby cheeks and his rubber band wrists and the way he fits so perfectly on my chest, I think about how fast time goes. How it doesn’t seem that long ago that the girls were that tiny. How the first month of their lives seem to stretch on and on, but the first month of his has flown by. How these are the last tiny fingers and chubby cheeks and rubber band wrists that will nestle under my chin — at least the last one of my own. 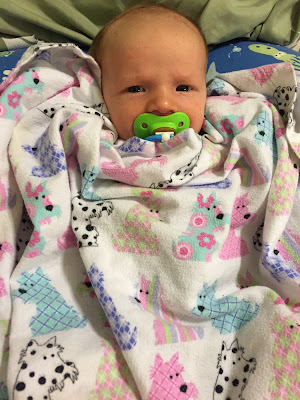 He’s the caboose to our train and in between moments of overwhelming love so strong it feels like my chest is going to burst, I feel a twinge of sadness. To quote a sappy country song, “You're gonna miss this. You're gonna want this back. You're gonna wish these days hadn't gone by so fast.” 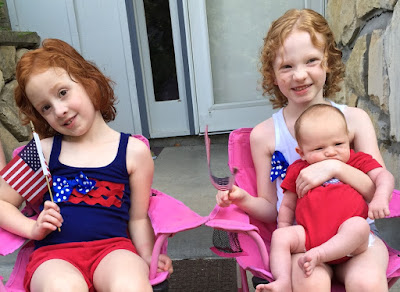