This Halloween was the first stress-free Halloween since we had kids. Ok, you got me. It wasn’t completely stress-free, but it was manageable. I started planning weeks in advance. Costumes were all rounded up at least two weeks before the main event, which allowed for enough time for the inevitable changes.

The girls settled on a Snow Queen and Belle from Beauty & the Beast. The shoes were the only sticking point for them because I put my foot down (pun intended) and wouldn’t let them wear high heels or princess shoes. They complain about their feet hurting in tennis shoes, so fancy shoes were out. We found silver sparkly ked-like shoes for Grace, but Claire was insistent that Belle must have gold shoes — silver would just not do. So, I crafted a pair of gold sparkly ked-like shoes for Claire and bam! costumes were complete. This was of course, all for naught, because once the day rolled around, they both opted for their normal tennis shoes. Naturally. 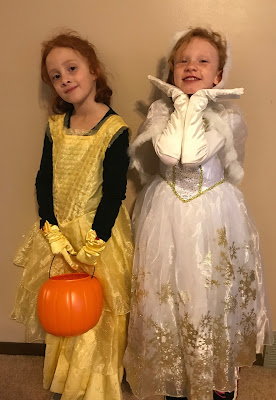 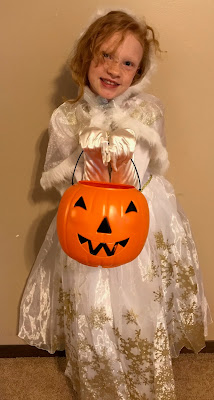 After debating between Mickey Mouse, Thomas the Train and Curious George for Henry, I decided to go with the timeless Disney creation. He lives and breathes Mickey Mouse right now, and the costume was something he could really get into (pun intended). So, I found one at the store — a one piece where the pants and shirt were connected. I brought it home and attempted to get Henry to try it on — he noped it immediately. He started screaming and flailing about. He’s a sensitive kiddo who absolutely will not bend to your will unless it’s his will, too. I was not interested in repeating that same fit the night of Halloween, so I returned the costume and got to work scrounging up the pieces for a homemade Mickey costume. Because they were just regular clothes, he didn’t even realize he was wearing a costume.

The big night came and I had everything timed out — Scott fetch the pizza at 4:45, back home by 5, about 30 minutes to eat before hitting the streets of our neighborhood. Trick-or-treat for 45 minutes and then pack up in the car and head out to my brother’s neighborhood to meet up with the rest of the family. 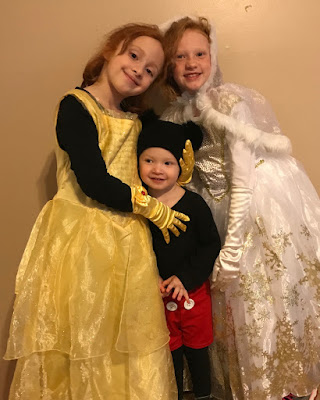 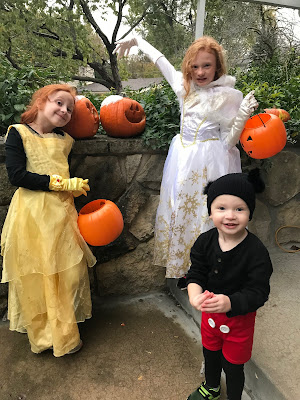 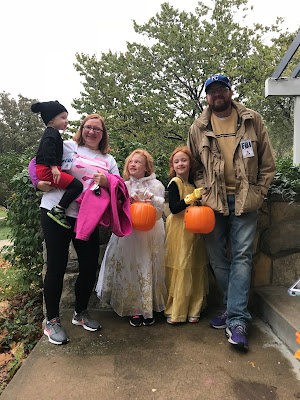 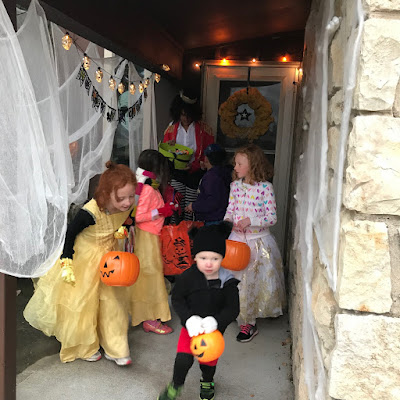 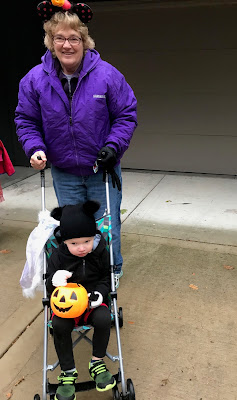 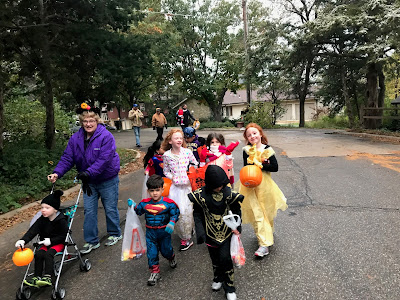 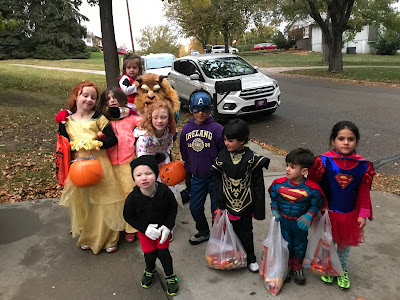 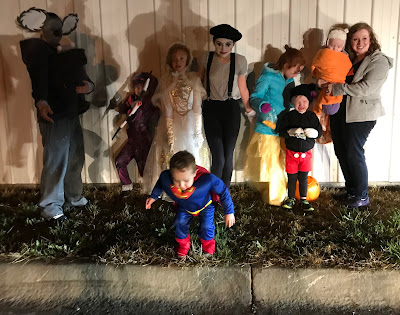 I was bummed that Scott and my costumes ended up on the cutting room floor -- it was pretty cold and everyone was ready to go, so we just opted to not get dressed. They were going to be pretty awesome, so we'll break them out next Halloween.

Besides the bitter cold, missing our other grandparents and the occasional mocking from Scott about staying on schedule, the evening was quite enjoyable. 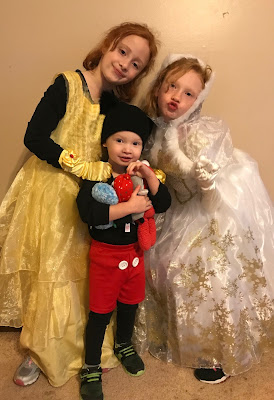