A week or so ago, Claire comes home from school and starts telling me about her day. After a few minutes of the regular stuff, she casually says “Oh, and I crushed the patriarchy today.”

Ya know, as one does. 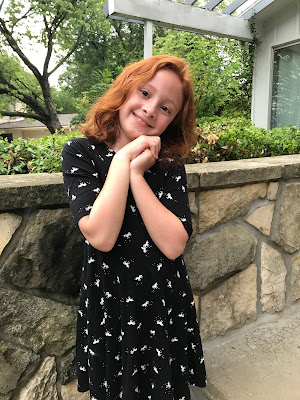 A little backstory: I have a passionate desire for equality. I purposefully shopped in the boys section when the girls were little because they didn’t have any blue onesies in the girls section. When the McDonalds employee asked, “do you want a boy toy or a girl toy?” I respond with “my daughters would love the toy car.” And my greatest and most real contribution to the cause of gender equality: I have been educating my girls on just how pervasive the inequality is (Henry will get a similar education + added bonus of how boys can help further the cause).

I still think it’s important to be clued in to the ways society shapes how we think — like the ridiculous idea that strong, tough boys can’t like butterflies or My Little Pony. But these past few months, I’ve upped the education. I’ve talked about the more serious and harmful ways that a male-dominated world impacts us, specifically regarding politics and economics. When I told the girls about the gender pay-gap, they were floored at the injustice.

And to really hammer home the idea and make it memorable, I often shout “smash the patriarchy” after one of our discussions. I complete it by punching the air with my fist.

So, that’s the backstory. Back to the present.

Apparently, a couple of boys at school told Claire that girls can’t dribble basketballs. Then, they mockingly dribbled the ball "like a girl" and bobbled it all around. Claire was quick to let them know that girls absolutely can dribble the ball and showed them her sweet moves.

She told me this story and said “so, I crushed the patriarchy. And I told a few other girls about the patriarchy and they are going to crush it, too.”

Sky’s the limit, girls. Don’t let anyone hold you back.