When the girls were babies, I was the stereotypical first-time mom: overly protective, overly cautious, overly helpful. I had two miscarriages before getting pregnant with them and then they were born a month early and spent 10 days in the NICU. Their fragility combined with my nurturing nature was a perfect formula for me doing everything “overly.” I tied their shoes and zipped their coats for too many years. I was too quick to jump in and help them solve their challenge. It all came from the best possible place, but I didn’t give them enough opportunities to succeed or fail on their own. Of course, I didn’t know any of that in the moment.

But after I watched them grow into these capable, strong, resilient children, I realized they don’t need me to do so much. In fact, what they really needed was for me to do less. Being the first kid(s) comes with with plenty of perks, but the price of that are parents who are learning how to parent for the first time. It’s not better or worse than middle kids or last kids — just like the other sibling positions, it has both benefits and disadvantages. And I can say confidently that nine years later, they are totally fine! Yes, they were babied more and for longer than Henry will be, but they know how to tie their shoes and zip their jackets. They desire their independence and often tell me “Mom, I don’t need help.”

Which brings us here.

The second time around, taking what I learned from my sweet girls, I realized that Henry needs plenty of opportunities to fail or succeed on his own. I still baby him plenty, because it’s just who I am — I’ll baby them for as long as I can because someday they’ll ask me to leave and “please shut the door behind you.” But I also give him space. And whether it’s that space or his own determined personality (or a combination of both), he has this confidence and determination that is inspiring. When I default to doing something for him, he shoos my hand away and says “Mom, I got this.” I take a step back, give him my patience as he struggles to get that sock over his heel. I resist the urge to lean back down and instead, I let him take it off and start over three or four times before he finally gets it and says, “See, Mom? I told you.” 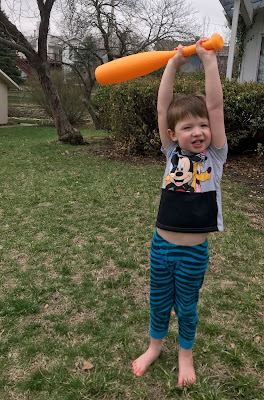 And while my problems are no longer getting that sock over my heel, I have found myself repeating his mantra when I’m in a difficult spot. Whether I’m nervous about doing something unfamiliar or having a rough emotional day, I whisper, “I got this” and I picture that pride he feels when he finally succeeds. 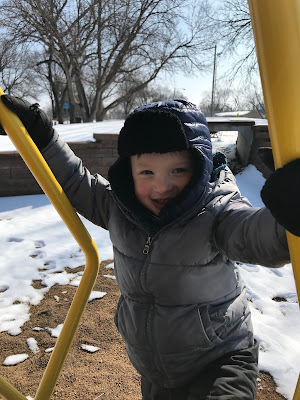