Almost six years ago, there was a very large, very uncomfortable great pyrenees laying on her side in a barn, breathing in and out and slowly counting the days until she would give birth to a litter of puppies.

Those puppies would come out part Pyrenees, part St. Bernard and would melt the hearts of everyone who met them. 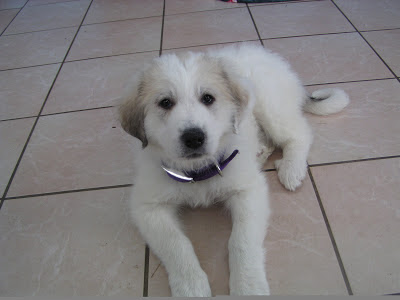 A couple of months later, a very tall and loving man would learn of these dogs and would suggest to his very short and neat wife that they take one of them.

Wife: But I don't know much about those kinds of dogs. Will they bark? Slobber? Get very big?

Husband: She won't bark or slobber much. And she won't be all that big. 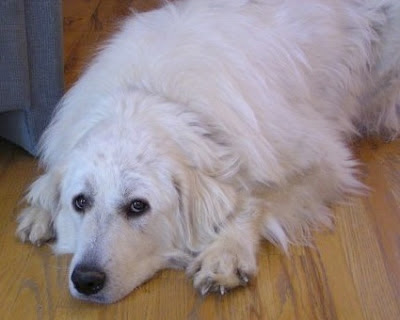 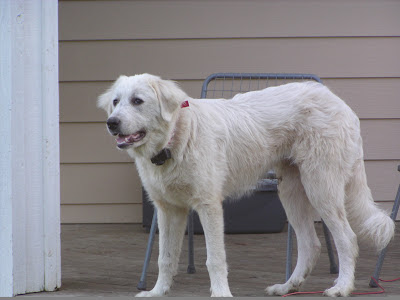 That folks, is what we call dramatic irony.

Izzy went home with the tall man and short woman and was quickly loved. On one of her first nights at the house, the tall man kneeled down next to her and whispered how much he loved her. "Goodnight, Izzy."

For the next few years, she would ping pong between the most lovable dog and the white terror. She tore up flowers, blankets, pillows and walls. But she also warmed our hearts with her loving personality and puppy dog eyes.

Just a few months ago, the tall man and short woman decided to leave their country life and move into a neighborhood in town. Although they searched for a house with a fence, the house that found them did not have one. Building a fence would cost thousands of dollars and still not allow Izzy to roam like she yearned to do.

So, they weighed their options and decided that the best thing for Izzy would be to find her a home in the country -- with miles of room to roam and explore and have the adventures of a true country dog.

And then, after what seemed like forever, they found the most perfect home for Izzy. In the country, with a dog-loving couple who have a Pyrenees/Lab mix themselves.

With tears in their eyes, the tall man and the short woman said goodbye to their good friend and wished her many adventures and a happy life. 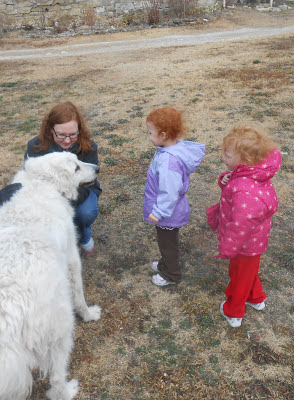 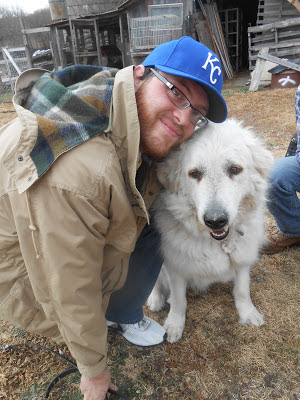 So sad. You brought tears to my eyes with your writing Katie. Beautiful short story, though.