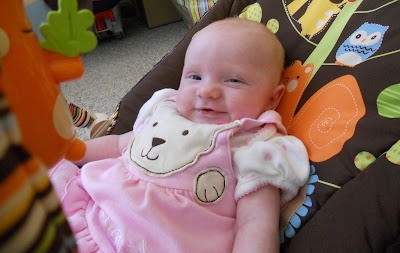 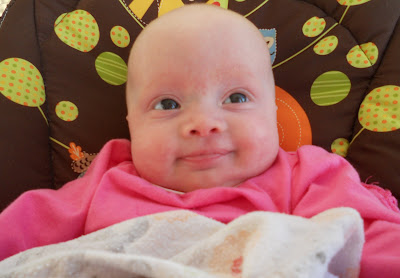 Yesterday, the girls turned four months old. Wow, that makes them sound so old. So less fragile than the previous three months. When I hear four months, I think sturdy.

How true. But there's a fine line between worrying about the health and well-being of your child and driving your husband (and yourself) crazy because you want to write down every mL your child is eating. That's right. I kept track down to the milliliter.

I know I will worry on their first day of kindergarten, when they graduate to middle school, when they get a car. I think I just had a mini heart attack thinking about that moment.

But for now, I feel pretty good about things.

Awww Katie, they look like they have everything they could possibly need or want...You guys are doing great, I'm sure! :)