At our last checkup with our pediatrician, we asked him if he was concerned with the girls' verbalization. They fully comprehend what we are saying, but we expected them to be actually saying more.

He said they were still in the "normal range," but on the back end of it. So, he encouraged us to keep trying to get them to say the words — not just grunt "uh, uh, uh, uh," which they had mastered.

One of the first words we really emphasized was "up." We wouldn't pick them up until they at least attempted something other than a grunt.

And after a day or two, we were hearing a very defined "bup" when they wanted to be picked up. We cheered, clapped and praised their efforts.

But somewhere along the lines, we took a wrong turn.

Bup was the magical word that got them toys, snacks, drinks, and, of course, up.

In the last week or so though, Claire has finally got around to using different sounds and understanding that bup isn't the universal phrase for "give me that." 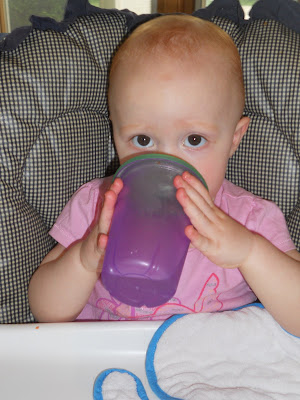 Grace, on the other hand … still a work in progress.

This is usually how our conversations go: 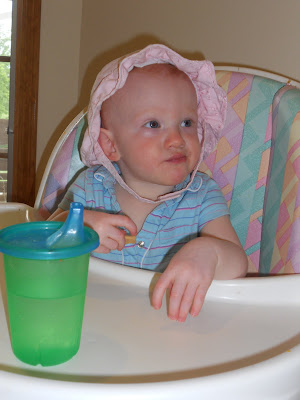 Don't worry too much:) They will get it and then you will want them to stop!!!