I wouldn't say that Scott and I are on the cutting edge of technology. We still don't own an iPhone or an iPad and we still read our books the old-fashioned way, but we couldn't live without our computers or the internet.

We shared this obsession with our girls at an early age. REALLY early. 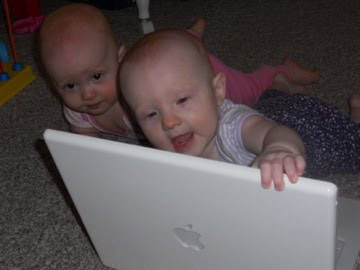 We had a couple of old laptops that we gave to the girls so they could type and bang and open and shut all they wanted. This was a HUGE hit. But then something weird happened. They developed this unspoken agreement that they would each use their own laptop and then when one is ready to switch, the other complies.

Most of the time.

When a disagreement arises (usually Grace not wanting to give up her computer), this happens. 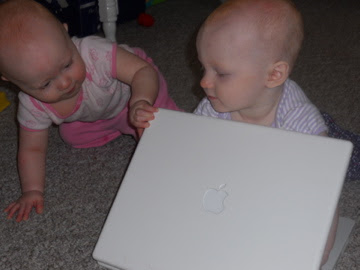 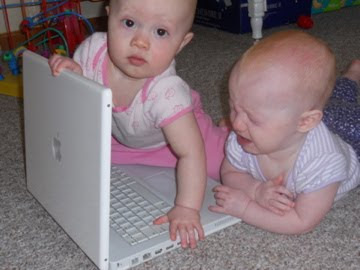 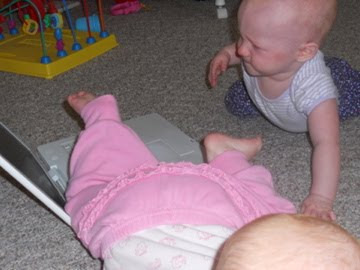 But as quickly as the problem arises … 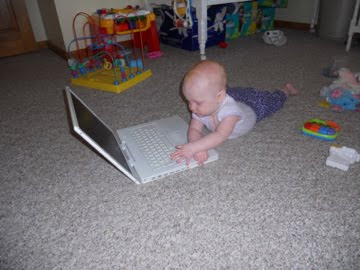